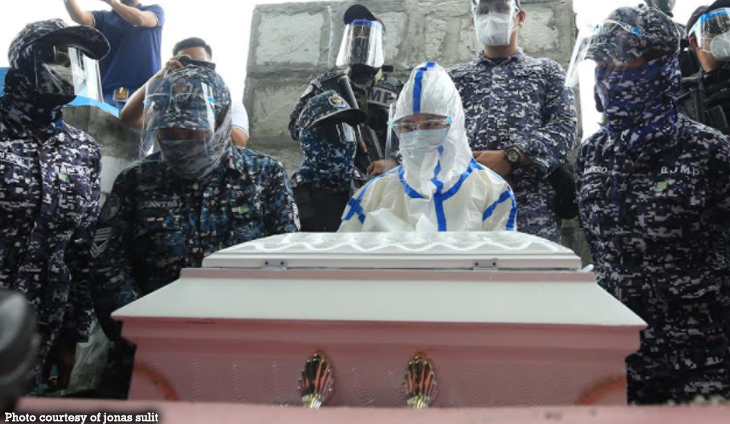 “Today, political prisoner Reina Mae Nasino will begin to hold to account those responsible for the injustices that she and her now deceased infant daughter have suffered,” her camp said in a statement.

Assisted by the National Union of People’s Lawyers, Nasino charged Umali
with gross ignorance of the law and grave misconduct for ordering her separation from her child that eventually died.

Balisi-Umali ordered the separation of Reina Mae and her baby River Emmanuelle despite clear mandate of international law and domestic statutes recognizing mother and child’s right to breastfeed, as well as the best interests of the child, Nasino’s statement added.

Nasino said Balisi-Umali misquoted a Bureau of Jail Management and Penology rule from its Policy on Pregnant Inmates and Their Infants to justify her alleged baseless order.

“Contrary to the express provisions of the Expanded Breastfeeding Promotion Act of 2009 (RA 10028) and even the BJMP’s own Policy on Lactation Station, the judge denied Reina Mae’s pleas to be given access to lactation facilities inside the Manila City Jail Female Dormitory and instead sustained all the protestations of the jail warden, J/INSP Ignacia Monteron, who callously made it appear that Reina Mae was seeking a privilege and not a right,” her complaint reads.

Nasino added that Balisi-Umali also exhibited manifest bias and partiality against her and her co-accused by repeatedly refusing to subpoena the records of the search warrants and of spitefully accusing her counsels with falsehood solely on the basis of Monteron’s misrepresentations.

“Reina Mae strongly believes that had Judge Balisi-Umali exercised diligence and impartiality, baby River could have been given her much-needed nutrition and maternal protection. Reina Mae would not be bereft of a child.”

“Reina Mae is also set to soon file charges against officers of the PNP and BJMP who treated her in a cruel, inhumane and degrading manner during the funeral and interment of baby River,” her statement continued.