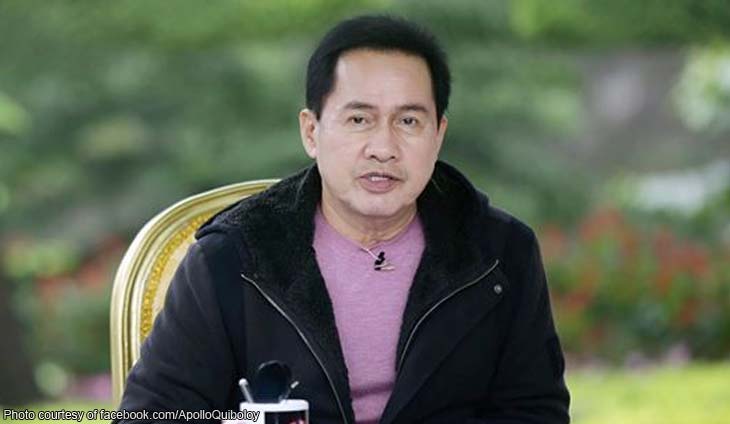 Indulgences: Pastor Quiboloy to face trial in US for forcing girls to have sex with him or be eternally damned

A federal grand jury in California in the United States announced Thursday that criminal charges will be pursued against Pastor Apollo Quiboloy for allegedly using his religious cult to force women to have sex with him.

The “Appointed Son of God” supposedly forces girls and young ladies to engage in sexual activities with him, or else suffer “eternal damnation.” This is an additional set of criminal complaints following last year’s raids of homes owned by his church, the Kingdom of Jesus Christ, The Name Above Every Name (KOJC), in Los Angeles to unearth an immigration fraud and labor trafficking scheme.

Three of six of the accused have been arrested in the US, while Quiboloy and two others have not been apprehended as they are in the Philippines.

Quiboloy runs a media network in the Philippines and is also President Rodrigo Duterte’s spiritual adviser.

“The superseding indictment charges Quiboloy, Dandan and Salinas with participating in a conspiracy to engage in sex trafficking by force, fraud and coercion, as well as the sex trafficking of children. These three defendants allegedly recruited females ranging from approximately 12 to 25 years of age to work as personal assistants, or ‘pastorals,’ for Quiboloy,” the US Attorney’s Office in the central district of California said.

“As part of the alleged scheme, the three defendants told female victims who expressed hesitation at night duty ‘that they had the devil in them and risked eternal damnation,'” it added. “Furthermore, Quiboloy would threaten and physically abuse victims who attempted to leave KOJC or were not available to perform night duty, according to the indictment, which also alleges Quiboloy would physically abuse victims for communicating with other men or engaging in other behavior that upset him because he considered such conduct adultery and a sin.”

Those who managed to escape are threatened and harassed by Quiboloy’s religious flock, while those who stay are “rewarded” with good food, luxury hotel rooms, and yearly cash payments which are paid for by KOJC solicited money.