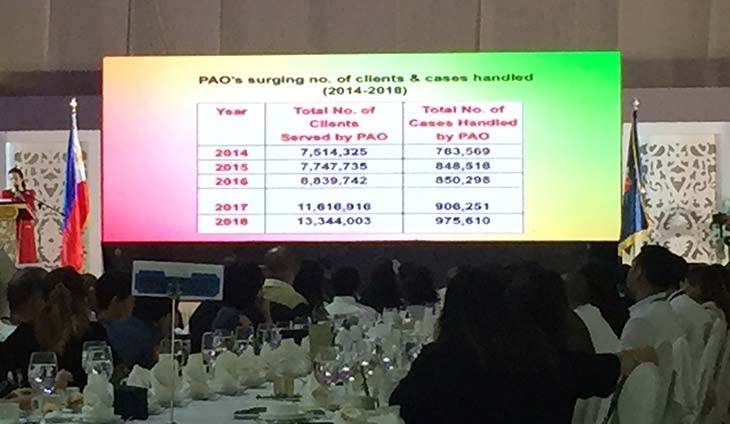 Public Attorney’s Office chief Persida Acosta on Tuesday claimed that the number of litigants who are mostly indigents who sought PAO’s assistance have grown from 7.5 million in 2014 to 13.3 million in 2018.

Acosta made the revelation during the Stop Crimes Against Women Summit 2019 at the historic Manila Hotel with the Presidential Anti-Corruption Commission, and Volunteers Against Crime.

Also, Acosta announced that PAO lawyers have a satisfactory 75-percent winning rate in criminal cases in the past years.