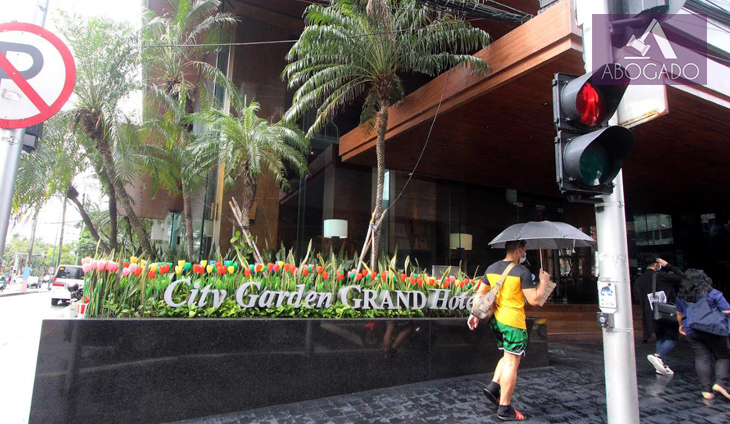 The Department of Tourism has suspended City Garden Grand Hotel’s license to operate after its involvement in the case of flight attendant Christine Dacera.

The staycation party is apparently just one of many mistakes committed by the Makati hotel, which was discovered by the DOT after Dacera’s death triggered a probe into the accommodation establishment.

Not only did the hotel illegally accepted Dacera’s group for their New Year’s Eve party, but it was found that the property has also been inviting other customers to do their own staycations there despite being a quarantine center.

“The Department of Tourism, in its Resolution dated 14 January 2021, finds the City Garden Grand Hotel (CGGH) in Makati City liable for the offense of gross and evident bad faith in dealing with clients/fraudulent solicitation of business or making any false, deceptive, or misleading claims or statements for the purpose of soliciting business from clients,” the agency said in a statement.

City Garden hotel earlier denied knowing that Dacera and her friends were having a big party in their hotel rooms, saying they did not know how the group got into the property. The DOT is not buying it.

“Upon investigation, the CGGH was found to have misrepresented itself to the public as being allowed to accommodate guests for leisure or staycation purposes despite being a quarantine facility,” it added.

City Garden’s authority to operate is also being revoked, along with a P10,000 monetary fine. DOT said the property can appeal the findings and penalties.