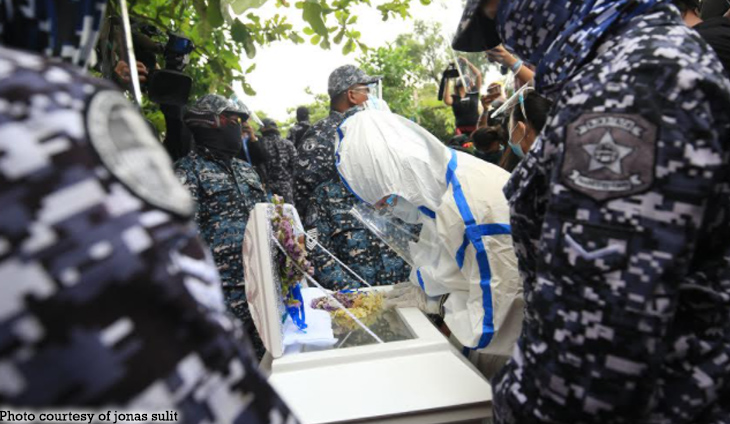 Political detainee Reina Mae Nasino is striking back against the judge that separated her from her months-old baby.

The National Union of People’s Lawyers announced Friday that they are filing administrative charges of gross ignorance of the law and grave misconduct against Presiding Judge Marivic Balisi-Umali of the Regional Trial Court of Manila Branch 20 for ruling unjustly that led to the death of Baby River Nasino.

The charges will be lodged before the Office of the Court Administrator in the Supreme Court.

“It was Judge Balisi-Umali who ordered the painful separation of Reina Mae and her baby River Emmanuelle, despite the clear mandate of international law and domestic statutes recognizing mother and child’s right to breastfeed, as well as the best interests of the child,” the NUPL said in a statement.

The judge declared that a prison cell was no place for a baby and ordered the transfer of the kid outside, separating her from Nasino and possibly depriving her of the nutrients needed for survival.

“Judge Balisi-Umali also exhibited manifest bias and partiality against Reina Mae and her co-accused by repeatedly refusing to subpoena the records of the search warrants and of spitefully accusing her counsels with falsehood,” the group added.

She’s not stopping there, as the NUPL said Nasino will also sue police and jail personnel “who treated her in a cruel, inhumane and degrading manner during the funeral and interment of baby River.”

The cases are being pursued after Nasino marked 40 days since her daughter’s death.