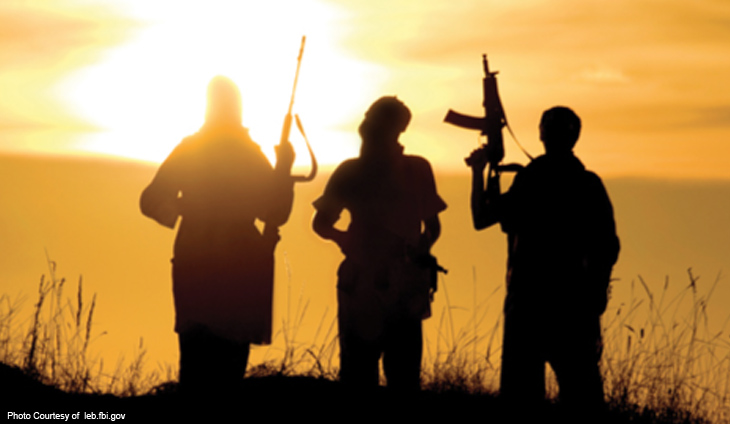 Justice Secretary Menardo Guevarra on Tuesday disclosed that one of the three alleged terrorists who reportedly managed to enter the country has came out in the open and denied any links with terror groups.

“Only one, a woman, is already here, but has presented herself to the NBI (National Bureau of Investigation) and has disavowed any terrorist connection,” Guevarra told reporters.

Earlier, The Straits Times reported that a man and fiancée recently arrived in Northern Luzon from Sri Lanka to supposedly train local militants on bomb-making, and to attack churches and other targets.

The report also implicated the man’s mother as terror “financier”.

“There were three names floated as potential terrorists from an Asian country planning to enter the Philippines. Two of them have no arrival records, as per BI (Bureau of Immigration).”

“Only one, a woman, is already here, but has presented herself to the NBI and has disavowed any terrorist connection,” Guevarra said.

” Though I will give the NBI as much as time as is needed to validate, if not neutralize, this threat, I will direct the agency to submit an initial report before the end of this month,” Guevarra said.

Guevarra issued the statement following the supposed existence of an intelligence memo citing a possible terror attack in several areas under the Armed Forces of the Philippines Northern Luzon Command (Nolcom).

The Nolcom memo reportedly cited an alleged ISIS-linked terror threat on cities and places of worship in Northern Luzon, with the military expected to raise red alert status on Sunday and Monday.

The memo showed that “a crusader city with business centers and crusader churches in Northern Luzon were being targeted for terror attack.”

“Crusader cities is the term used by ISIS in describing target areas to fuel what they call ‘Bandar Crusade,’ or war between Muslim and Christian. While ‘Crusader Churches’ is their generic term for all historic Catholic Churches,” read the memo signed by Navy Col. Glenn Celebrado, Nolcom’s assistant chief of Unified Command Staff for Intelligence.

Nolcom identified Laoag City in Ilocos Norte, Vigan City in Ilocos Sur, Tuguegarao City in Cagayan and the Manaoag church in Pangasinan as possible targets, saying “the definition fits but not limited to these places.”

The Minor Basilica of Our Lady of the Most Holy Rosary of Manaoag is a popular pilgrimage site, while Laoag and Vigan are home to historic landmarks, including major churches, that draw both local and foreign tourists.

Tuguegarao is home to an 18th-century Baroque church and is a gateway to Cagayan Valley’s other adventure destinations.

It also ordered the issuance of a directive for a red alert status on August 11 and 12, Sunday and Monday.