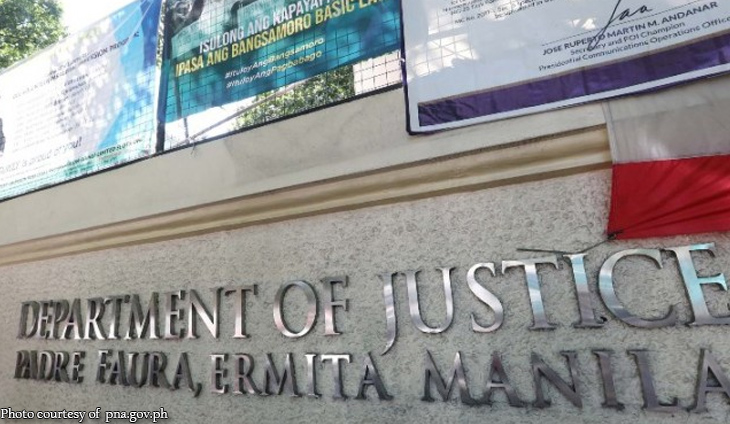 Guevarra: Petition to declare CPP-NPA a terror group up for publication

“The amended petition is for publication. (T)hen let’s see who among the respondent CPP/NPA’s known officers or members will file an answer,” Guevarra told the Philippine News Agency (PNA) on Wednesday when sought for an update on the proceedings.

Last February, a Manila court hearing the government’s petition to declare the CPP-NPA as terrorist organization has dropped more than 600 names in the original petition filed by the government against the rebel group.

The order expunged the names of more than 600 personalities in the original government petition but whose links to the organization were not substantiated by evidence.

The DOJ has identified eight individuals as current officers of the CPP-NPA whom summons may be served, which include Sison, Cabanatan, Jorge Madlos, Jaime Padilla, Francisco Fernandez, Cloefe Lagapon, Leonido Nabong, and Myrna Solarte.

The magistrate explained that “its interest in ensuring the petitioner (DOJ) identified only those with unassailable links to the respondent-organizations is not because these parties are considered respondents to the petition but only because their undisputed link to the CPP-NPA is necessary for this court to ensure proper service of summons and acquire jurisdiction over the instant petition and herein respondents.”

The court, in underscoring Sison’s links, cited sworn statements from a number of individuals executed between 2003 and 2014 including the sworn statement of a certain Ruben Guevarra dated Jan. 15, 2003 executed at the General Headquarters of the Armed Forces of the Philippines (AFP) referring to Sison as the CPP-NPA Central Committee and Military Commission chairman and the direct head and mover of the NPA and the National Democratic Front (NDF).

Likewise cited was the sworn statement of Veronica Tabara dated May 22, 2006 and Oct. 9, 2006 in Sibulan, Negros Oriental referring to Sison as the founding, elected and recognized chairman of the Central Committee of the CPP/NPA/NDF.

The court also considered affidavits of Gloria Asuncion in May 2006 naming Sison as the chief of the Political Bureau and the Executive Committee and Military Commission of the CPP/NPA as well as sworn statements of Rafael Cruz, Glecerio Roluna, and Numeriano Beringuel in Tacloban City.

The court also noted that an indictment in 2007 before the Hilongos, Leyte RTC Branch 18 accused Sison as leader of the NPA members who were behind the murder of 15 persons whose bodies were found buried in a mass grave at Sitio Mt. Sapang Dako, Barangay Kauslisihan, Inopacan, Leyte.

The deaths are suspected to be a purging by the organization of suspected military spies within its ranks.

The CPP-NPA is listed as a terrorist organization by the United States, European Union, United Kingdom, Australia, Canada, and New Zealand. (PNA)