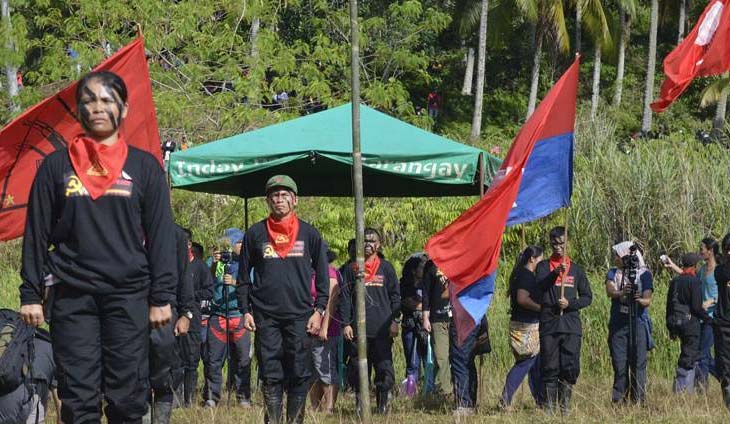 Guevarra: Membership to CPP not a crime

Membership in the Communist Party of the Philippines is not considered a crime, Justice Secretary Menardo Guevarra on Tuesday said.

Guevarra issued a statement when he was asked to comment on Interior and Local Goverment Secretary Eduardo Año’s suggestion to criminalize subversion again.

“With all due respect to Secretary Año, mere membership in the CPP is not a crime… Being leftist is far from being terrorist,” Guevarra said.

“As long as activism remains in the realm of ideology, there is nothing to be alarmed about. But once it flows into overt acts that threaten the national security or at least cause widespread fear among the people, the government has to step in, and step in really hard,” he added.

Just the other day, Año said the government should consider restoring the law making subversion a criminal offense following reports that 500 to 1,000 youths are indocrinated annually by communist rebels.

Año issued the statement amid concerns raised by parents about their children who have gone missing reportedly after being recruited by left-leaning organizations. He said youth group Anakbayan is also reportedly recruiting students to join a rebellion against the government.

He told that RA 9372 has not been used against terrorism because it punished even honest mistakes of law enforcers with stiff fines and imprisonment of up to 10 years.

The anti-subversion law or RA 1700 was passed in June 1957 during the presidency of Carlos P. Garcia. The law outlawed the Hukbalahap movement and the communist party for aiming to set up a totalitarian regime in the Philippines and placing the country under a foreign power.

During martial law, RA 1700 was expanded through Presidential Decree 885 in 1976 and PD 1835 in 1981. The decrees made it a subversive criminal act to be affiliated with a group, attend a meeting or take part in any activity meant to overthrow the government.

In September 1992, then president Fidel Ramos repealed the law that made subversion a criminal offense, but sedition remained a crime. RA 7636 also legalized the Communist Party of the Philippines (CPP) amid peace talks with the rebels.

Año, however, lamented that the CPP has only been fooling the government as its armed wing the New People’s Army (NPA) continues to wage a rebellion.