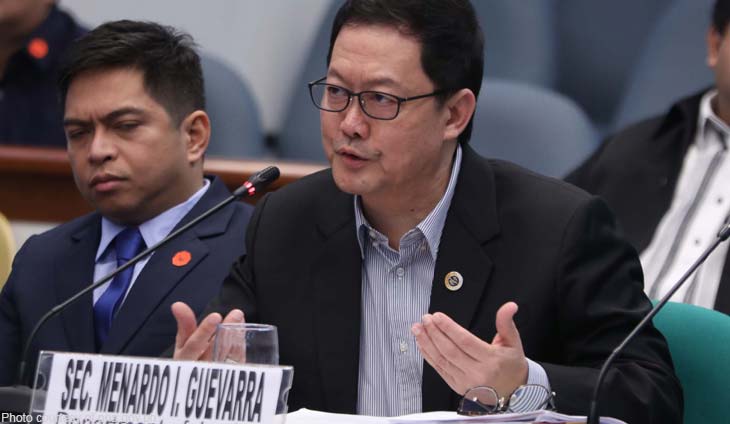 Justice Secretary Menardo Guevarra on Monday took exception to opposition Sen. Francis ‘Kiko’ Pangilinan’s remark that forcing water concessionaires and their investors to accept a government-imposed contract is punishable under the penal laws.

“These proposed new contracts will not be absolutely imposed upon the water concessionaires as they will be given a reasonable opportunity to comment on the proposed amendments in an open and public discussion of the issues,” Guevarra said in a statement.

On the contrary, Guevarra pointed out that these proposed new contracts, which intend to remove the onerous provisions, would” provide a more stable and comfortable environment for investors.”

” It is the government officials and officers of the water concessionaires who crafted, entered into, and implemented these highly disadvantageous contracts, not the investors, who were threatened by Presideny Duterte with possible criminal prosecution,” he said.

Just the other day, Pangilinan disclosed that forcing investors to accept a contract drawn up by the government is a crime.

Also Pangilinan, president of the opposition Liberal Party, warned that President Duterte’s imposition, particularly on Maynilad and Manila Water, to accept new concession agreements drawn up by government lawyers will only drive away investments that create jobs.

“Threatening investors with imprisonment should they refuse to accept a government-imposed contract is criminal behavior under our Revised Penal Code,” he said.

“Coming as it does from the highest office of the land sends the terrible signal to all investors whether foreign or local that they too can be imprisoned without bail should they disagree with the powers that be,” Pangilinan continued.

Last month, Guevarra said the government could lose billions of pesos to Maynilad and Manila Water because of two disadvantageous provisions in its 22-year-old agreements with the said water concessionaires.