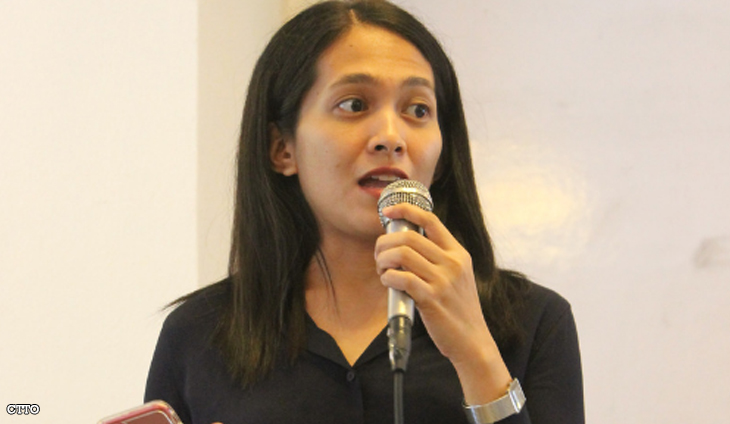 “The order is a breather in the midst of the continuing attacks against journalists and lawyers.”

“We hope that the other victims of the trumped up charges resulting from the implementation of this void search warrant be released from detention also. We will work harder to break the cycle of police abuse in search warrant applications and implementation, and political persecution on the whole, ” the PILC said in a statement.

In affirming its earlier Order declaring the search warrant void for lack of probable cause, the PILC said the court cited the numerous inconsistencies and contradictions in the statements of the alleged civilian informant and the police officer which pertain to material details necessary in the determination of probable cause.

On Friday, Branch 209 Judge Monique Quisumbing-Ignacio approved their motion for release after junking the illegal possession of firearms and explosives charges filed against her and Esparago.

Last February 5, Quisumbing-Ignacio dismissed the charges against them after granting the joint omnibus motion to quash search warrant, to suppress evidence, and to declare inadmissible illegaly seized items.

Also, the court likewise ordered the seized evidence like guns, explosives, and ammunition excluded and expunged.

They were arrested in simultaneous raids in Quezon City, Mandaluyong City, and Manila based on five search warrants issued by Quezon City Executive Judge Cecilyn Burgos-Villavert.

They were arrested over illegal possession of firearms and explosives, which the rights group said were “trumped-up and fabricated charges.”