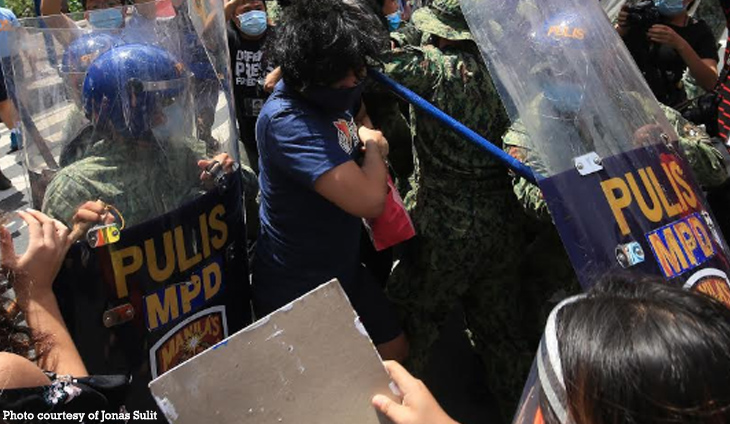 Human rights group KAPATID on Sunday demanded the immediate release of ‘Pride 20,’ who were arrested in Manila last Friday staging a protest in Mendiola to celebrate Pride Month.

In a statement, KAPATID said “it should not be the LGBTQI+ members who should face sanctions but those who wrongfully arrest citizens for simply exercising their rights whether on the streets fully masked or in social media. ”

“We don’t need 20 more political prisoners when this government cannot even take urgent action on a long-standing petition that simply seeks compassion and mercy for the release of those who lie sick and defenseless in prison against the deadly rampage of a virus, ” it said in a statement.

According to the group, every day that the Pride 20 spends in jail is a diminution of peoples’ rights – add to them the 619 political prisoners who cry for justice every day in our country.

Following the arrest, members of lesbian, gay, bisexual, transgender, intersex, and queer group Bahaghari and other allied individuals from Salinlahi were turned over to Manila Police District (MPD) headquarters.

This came after they held a Pride March along Avenida Avenue and gathered in Mendiola to call for the abolition of the anti-terrorism bill and to express their opposition to the planned jeepney phase-out.

Rey Salinas, Bahaghari’s spokesperson and one of those arrested, said they were observing social distancing and peacefully holding protest actions when they were “violently” dispersed by police. It was backed by several photos posted on social media.

However, Lt. Col. Carlo Manuel, head of the MPD public information office, said that one rallyist “instigated” the commotion after trying to spray-paint the police deployed to the area.

Manuel said the arrested individuals face charges for non-cooperation in a health crisis and for illegal assembly, since they did not have a permit to hold a protest.