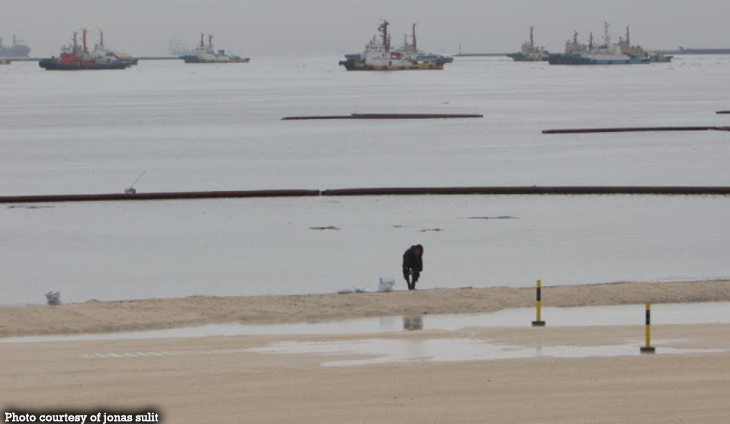 Akbayan on Friday lamented a Supreme Court denying their motion to cite the Department of Environment and Natural Resources over the crushed dolomite sand dumping in the Manila Bay.

In a statement, the group claimed the high court’s ruling failed to help the public determine whether the dolomite sand dumping was safe to public’s health.

“The Supreme Court has taken, quite sadly, a hands-off approach on an issue of transcendental importance. By denying our motion to intervene in the 2008 Manila Bay environmental protection case, it failed to help the public determine the safeness and sustainability of the Department of Environment and Natural Resources’ (DENR) dolomite sand dumping along the Manila Bay. It lost the opportunity to protect the rights of Filipinos to a balanced and healthful ecology,” the group said in a statement.

The SC on Thursday denied the motion to intervene and cite the DENR in contempt over the dolomite dumping as sought by Akbayan Citizen’s Action Party in the continuing mandamus case involving Manila Bay.

In a resolution, the high court said the order directing concerned government agencies to ensure the clean-up, rehabilitation and preservation of the Manila Bay, is final and executory.

Last September, Akbayan filed a motion for intervention urging the SC to cite the DENR in contempt over the dumping of crushed dolomites along Manila Bay.

But in a resolution, the SC said
that the case has been rendered final and executory and that its jurisdiction is limited only to the full implementation of the mandated reliefs.

It added that intervention is not viable where the case has long been concluded with finality and is now on execution albeit still under judicial supervision as a necessary consequence of the standing mandamus for the constant clean-up and maintenance of the bay and its waters.

Also, the SC held that it has not yet found any violation of the continuing mandamus amidst the quarterly reports submitted by the concerned agencies and the on-site ocular inspection conducted by the Manila Bay Advisory Committee (MBAC).

The Court took judicial notice that the DENR has not been remiss in its reportorial duty to the MBAC respecting the works actually performed by the concerned agencies and departments
according to the writ’s directions.

This is evident from the compliance report, duly made of record containing a detailed resumé of the works accomplished, concluded and maintained within the bay and its environs.

The specific directive to the DENR and the concerned agencies and departments is simply to clean the waters of the bay and perform maintenance measures to keep it within the legal standards of cleanliness fit for recreation.