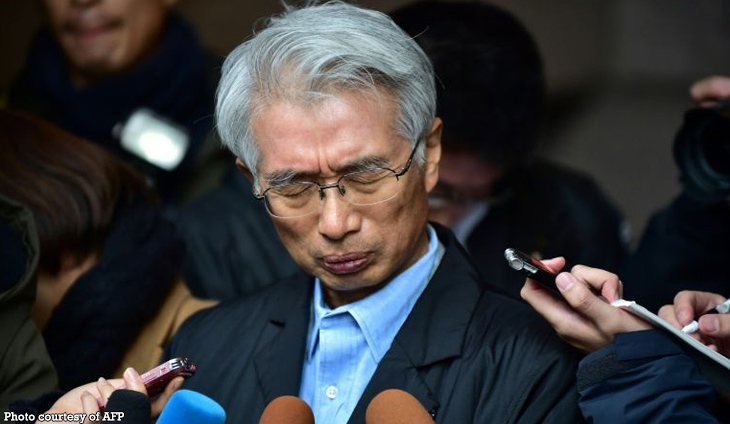 Carlos Ghosn’s dramatic escape from Japan has brought down the curtain on his “dream team” legal defence, including the high-profile lawyer known as the “razor”, hired for his enviable acquittal record.

Junichiro Hironaka was as stunned as the rest of the world when he learned of Ghosn’s flight. The 74-year-old lawyer had met his famous client on Christmas Day, the latest in a regular series of meetings to prepare the former Nissan boss’s defence.

“I’m dumbfounded,” he told reporters camped outside his office, saying he had heard the news via the media and had no way of contacting Ghosn.

Ghosn hired Hironaka in February after dumping Motonari Otsuru, a former elite prosecutor who rarely appeared before the media and who even seemed to take his former employers’ side as his client languished in prolonged detention.

Hironaka was an obvious choice for Ghosn, with a strong record defending several tough, high-profile cases.

His successes include defending a powerful MP fighting a financial scandal, a Japanese businessman accused of killing his wife, and a senior bureaucrat wrongfully accused of a crime.

Hironaka’s reputation as an “acquittal guarantor” made him a stand-out option for Ghosn in a country where almost every trial results in a guilty verdict.

The shake-up instantly changed the public perception of Ghosn’s defence, with Hironaka appearing several times before the foreign press to argue his client’s case and frequently chatting to reporters outside his office.

He had some tangible success as well, winning bail for his client that some saw as a controversial decision by persuading the court that Ghosn was not a flight risk — despite prosecutors’ protests.

– ‘Perplexed’ –
However, Hironaka at times appeared hesitant in front of the media and sometimes seemed not to have a complete grasp of all the facts.

The second main member of the legal team was Hiroshi Kawatsu. Much less in the public eye, Kawatsu was lead defence lawyer and it was he who signed documents calling for the case against Ghosn to be thrown out.

A source close to Ghosn — who is expected to give a press conference on his escape Wednesday — said it was partly frustration over the pace and method of his defence that led him to risk the audacious escape.

“He was perplexed by the way he was being defended. He was worried that the trial and the follow-up would take years. You have to remember that he’s already 65,” the source told AFP on condition of anonymity.

The third man in the legal dream trio, Takashi Takano, said Ghosn had become increasingly frustrated by what he saw as prosecutors’ attempts to slow progress towards a trial — that was expected to take place in spring at the earliest.

Takano said in a personal blog post that he had told Ghosn the evidence against him was thin and sought to reassure him that his legal team between them had won many acquittals in white-collar crime cases.

Hironaka and Takano both indicated that being banned from talking to his wife Carole was especially tough for Ghosn and the fact there was no prospect of a change in his conditions may have motivated his flight.

In any case, the sudden escape of a client the defence team had insisted could not possibly leave Japan is a major embarrassment for some of the country’s top lawyers, said Nobuo Gohara, a former elite prosecutor who now runs his own private practice.

“The defence team have completely lost face. They promised he would stay in Japan as a condition of his bail. The defence lawyers kept his passports as a bail condition. But he still fled overseas,” Gohara told AFP.

Five days after Ghosn vanished, Hironaka announced the legal team had agreed to disband but were still hoping to contact their client.

“I think we would have to resign eventually but regarding the timing and other stuff, we’ll probably decide after confirming his (Ghosn’s) intention,” Hironaka told reporters.

Meetings to prepare a trial — that also involve Nissan and Ghosn’s right-hand man Greg Kelly — are expected to continue, a source close to the case told AFP.

“Carlos Ghosn’s defence team has done nothing wrong, has not broken the law and has not been summoned by the prosecutor,” this source said.