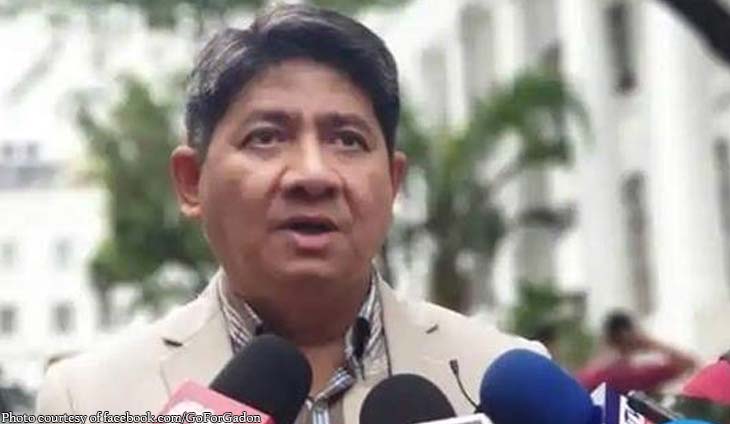 Controversial lawyer Larry Gadon on Sunday disclosed that he will ask the Supreme Court to reconsider its ruling suspending him over the use of offensive language that undermines the country’s justice system.

“I will file an MR (motion for reconsideration), it is not yet implemented,” Gadon said.

Gadon, who initiated the impeachment complaint against ousted chief justice Ma. Lourdes Sereno, claimed that he has not received a copy of the SC ruling yet.

In a resolution dated June 26, 2019 but was only made public recently, the SC suspended Gadon for violation Canon 1, Canon 8 and Rule 8.01 of the Code of Professional Responsibility (CPR) with “stern warning that a repetition of the same act in the future will be dealt with more severely.”

The case stemmed from a disbarment complaint filed by a dermatologist against Gadon after the latter supposedly “unilaterally suspended” her from a health care institute without consultation from the board of directors.

In the letter written on 23 April 2009, Gadon wanted the dermatologist out of the facility by saying they can hire a doctor of the same specialization as competitor.

He then boasted of having connections in court as he told the dermatologist that he or she may win against the healthcare facility, but only after the case has dragged on for eight to 10 years.

“Atty. Gadon’s remarks about the slow justice system and insinuations that cases are won based on abundance of resources, tramp the integrity and dignity of the legal profession and the judicial system and adversely reflect on his fitness to practice law,” the SC said in its ruling.

Aside from initiating the impeachment complaint against Sereno, Gadon also became popular in social media for cursing and raising his middle finger against supporters of Sereno.