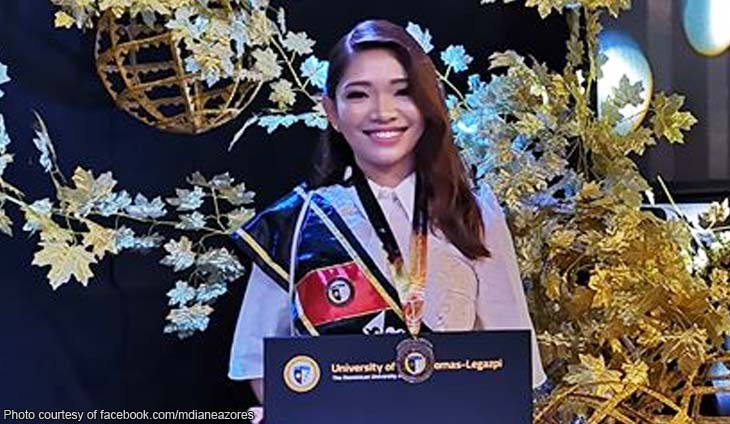 LEGAZPI CITY – The 2019 Bar topnotcher who lives near Mt. Mayon in this capital city, revealed on Friday that an unresolved rape-slay case of her friend and classmate nine years ago was her motivation to become a lawyer.

The 25-year-old Mae Diane Azores, who is also a licensed accountant, said she was deeply frustrated about the case of Laesybil “Apple” Almonacid, who was her seatmate as an accounting student at Bicol University (BU).

“What happened was so frustrating that it (rape-slay) motivated me to take law and to become lawyer, so that I could contribute something to the justice system,” Azores said in the Bicolano dialect during a radio interview over Zagitzit-FM.

Azores and Almonacid were third year students at BU-College of Business, Economics and Management (CBEM) when the victim was found raped and murdered some 50 meters away from her residence in Barangay Bascaran, Daraga, Albay on Nov. 2, 2011.

“Until now it seems that nobody is yet getting prosecuted that’s why it is really frustrating as Leasybil’s supposed bright future was stripped of her. She did not deserve what happened to her. She was a kind and humble person,” Azores said.

“To the parents of Laesybil, don’t lose hope. Have faith in God.Justice could still be served to Apple (as the victim was fondly called by her classmates) in the days to come,” she added.

Azores also expressed interest in looking after the plight of workers in the country who were displaced by the coronavirus disease 2019 pandemic.

She said she found very engaging discussions on labor laws while still a student.

“In fact, the first person who predicted that I could be a Bar topnotcher was my professor in Labor Laws,” Azores said.

According to the new lawyer, her former college professor, retiredjudge Arnulfo Cabredo, said he told her that she could one day top the Bar exam.

“Dianne was a very diligent law student. I knew she could make it in the Top 10. And she did more than that. She topped the 2019 Bar exam. I am proud to be her professor and dean that time,” Cabredo also said in a radio interview. 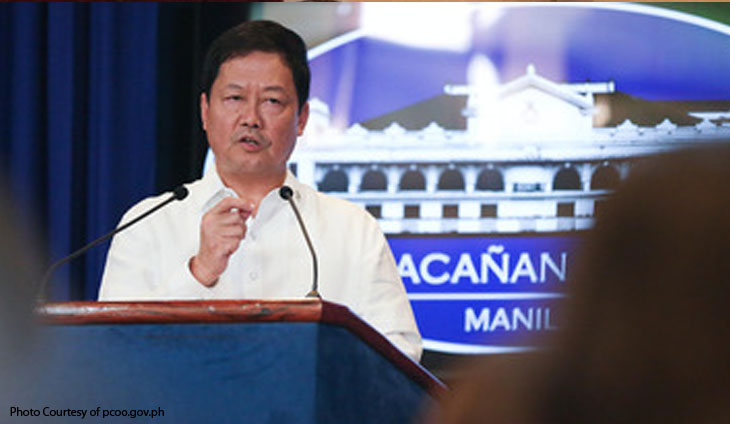 Justice Secretary Menardo Guevarra on Tuesday disclosed that the 'prevailing sentiment' on religious gatherings in areas under the general community quarantine was to maintain the 10-person policy in...