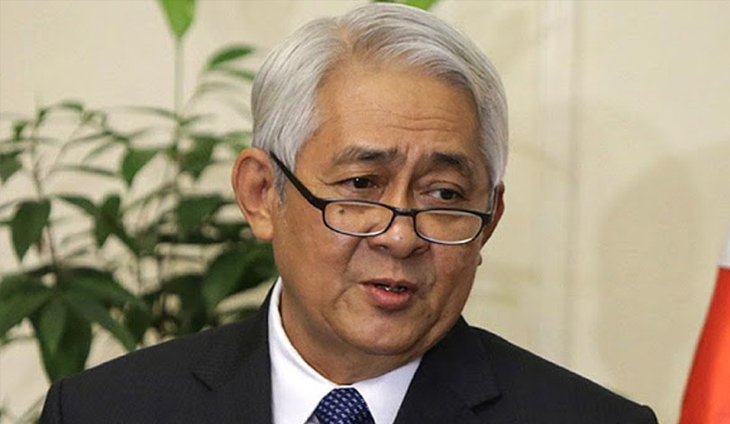 Retired Supreme Court associate justice Francis Jardeleza on Monday delivered his view as one of the amici curiae in the oral arguments on the hugely-controversial Anti-Terrorism Act of 2020, and advised the high court to dismiss the 37 petitions.

“As for the matters of record, save for the petitions of (Jasper) Guring and (Junior) Ramos, and possibly of the three others in the Negros Occidental case, none of the petitioners in these cases has claimed direct, personal, or constitutional injury, or has alleged actual prosecution under the ATA as to be entitled to relief.”

” While a case for “pre-enforcement review” of a criminal statute is possible, the same is allowed solely on grounds of vagueness. Since none of the petitioners has sought to avail of this exception, I humbly submit that, following this Court’s ruling in Southern Hemisphere Network vs. the Anti-Terrorism Council, all 37 petitions should be dismissed. This is of course, without prejudice, to continuation of all the other cases cited by the Solicitor General, ” Jardeleza said.

Gurong and Ramos have been charged before the Olongapo City regional trial court for violation of Section 4 of Republic Act 11479 (Anti-Terrorism Act of 2020).

On the other hand, Jardeleza cited the 2010 case Southern Hemisphere on similar petitions questioning the legality of the Human Security Act. The SC dismissed the cases because there was no actual charge nor credible threat of prosecution.

“None of the petitioners in these cases has claimed direct, personal, or constitutional injury, or has alleged actual prosecution under the anti- terror act as to be entitled to relief,” said Jardeleza.

The SC on Monday concluded hearing the oral arguments on 37 petitions challenging the constitutionality of the anti-terror law.

A total of 37 petitions have been filed before the high court challenging the constitutionality, in whole or in part, of RA 11479.