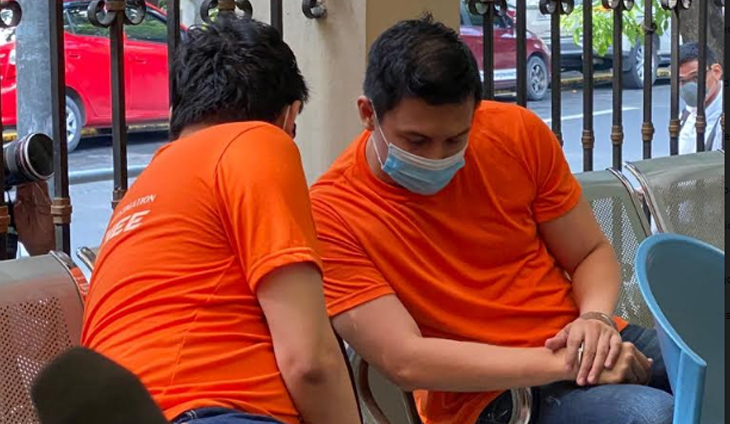 The National Bureau of Investigation on Wednesday filed slew of complaints against a ranking NBI official and his brother before the Department of Justice for allegedly accepting bribes from those involved in the so-called “Pastillas” scheme in the Bureau of Immigration (BI).

Charged during inquest were Atty. Joshua Paul Capiral, head of the NBI Legal Assistance Section, and his sibling Christopher John Capiral from BI.

They were complained of committing robbery/extortion punishable under Article 294 of the Revised Penal Code, and for violations of Republic Act 3019 (Anti-Graft and Corrupt Practices Act), Executive Order 608 (Establishing a National Security Clearance System for Government Personnel with Access to Classified Matters and for other purposes), and RA 6713 (Code of Conduct and Ethical Standards for Public Officials and Employees).

Capiral was nabbed by his colleagues at the NBI headquarters in Manila during an entrapment operation last Monday for alleged bribery and extortion.

He was accused of accepting bribes in exchange for the exclusion of Immigration officials and personnel from charges in connection with the so-called “Pastillas Scheme.”

He was also accused of toning down cases of high profile individuals like self-confessed drug lord Kerwin Espinosa in exchange for undisclosed amount.