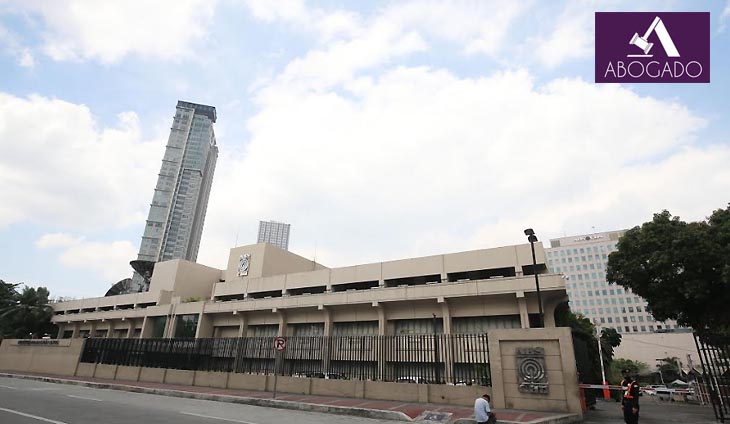 The Free Legal Assistance Group has started the ball rolling for a people’s initiative to allow troubled broadcasting giant ABS-CBN Corp. to get a franchise, which was denied by a House committee recently.

“While we have representatives who act on our behalf, we, the governed, are sovereign and we can directly act as a People if our representatives refuse to do their job,” Atty. Dino De Leon of the Free Legal Assistance Group (FLAG) in a Facebook post.

De Leon divulged that FLAG has started drafting the proposed initiative and to meet the stringet requirements set by law.

“We also suggested a practical way forward. This will require resources, but if the initiative is properly managed, I personally see this as very doable,” he said.

“Our current Constitution and laws allow us, the Sovereign People, to pass a law directly and to grant ABS-CBN its franchise, pursuant to Republic Act. No. 6735 and its implementing rules,” de Leon continued.

Under the law, a people’s initiative needs the signatures of 10 percent of the total registered voters nationwide, which in 2019 stood at about 65 million.

The proponents of the initiative will also need to ensure that each legislative district is represented by at least 3 percent of the total registered voters.

A Social Weather Stations survey found that 75 percent of Filipinos wanted ABS-CBN to be granted a franchise.

After the signature campaign, the Commission on Elections (Comelec) needs to verify the signatures. Once verified, the poll body will schedule a national plebiscite.

The initiative succeeds when it gets a majority of the votes cast in the plebiscite.

The panel adopted the Technical Working Group’s (TWG) Committee Resolution recommending the denial of the network’s franchise application through 70 yes votes, 11 no votes, two inhibitions and one abstention.

In an order dated May 5, the National Telecommunications Commission directed ABS-CBN to stop operating its television and radio broadcasting stations nationwide “absent a valid Congressional Franchise required by law.”

NTC cited Republic Act No. 3846 or the Radio Control Law which states that “no person, firm, company, association, or corporation shall construct, install, establish, or operate a radio transmitting station, or radio receiving station used for commercial purposes, or a radio broadcasting station, without having first obtained a franchise therefor from the Congress of the Philippines.”

ABS-CBN questioned before the high court the legality of the NTC closure order.

In its 46-page petition for certiorari and prohibition, ABS-CBN said NTC gravely abused its discretion when it issued the order, instead of the deferring to Congress where bills for the renewal of its legislative franchise have been filed since 2016.

Furthermore, ABS-CBN said that the NTC violated the equal protection clause of the Constitution as it allowed in the past similarly situated broadcasting companies to continue to operate by issuing provisional authority.

A total of 15 bills had been filed in the House of Representatives and three in the Senate proposing to grant ABS-CBN another 25 years to operate. Despite inquiries by both chambers early this year, none of the bills were passed.