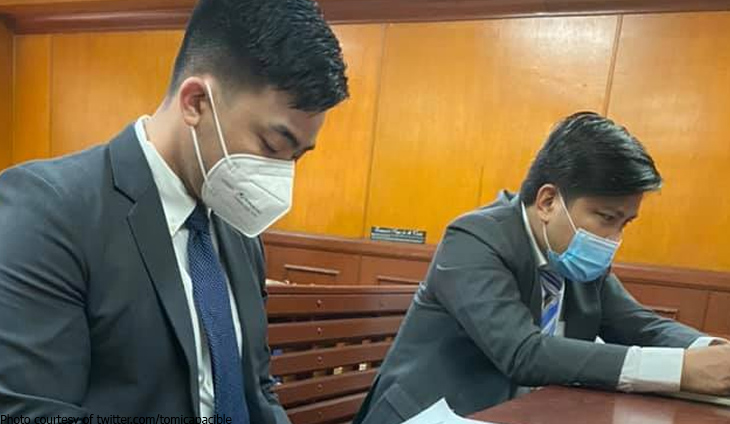 Young abogado Tomic Apacible shared a photo of him and San Sebastian Law Dean Rodel Taton when they first met in court.

The abogado shared that they were opposing counsels then.

Apacible said that this is his entry for #ThrowbackThursday this week featuring the law veteran. The abogado jokingly added that he was casually scrolling through his phone before the beatdown he received from the Dean during the hearing.

Taton responded amicably that he now realized why he documented it. He also jokingly said the he objects as this is Apacible’s first appearance and he has not taken his oath yet then.