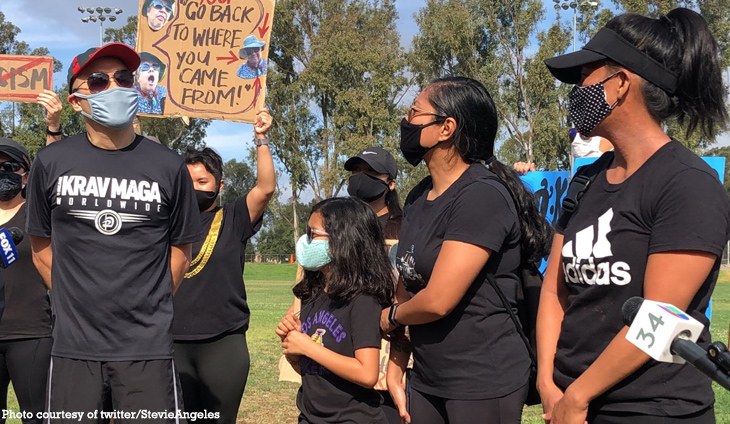 Filipino abogado speaks out on US racial issue against Asian Americans

Abogado Sandy Roxas released another statement on the anti-Asian actions in Wilson Park.

The abogado said that her clients and the rest of the Asian American community are disheartened by the slow process of delivering justice and refusal to charge over the racial attack by one Lena Hernandez.

Atty Sandy Roxas has sent an updated statement in regards to the Lena Hernandez “Torrance Karen” case and the anti-Asian actions they faced resulting in just 1 charge: “They will not see any of the justice they deserve” A rally is still scheduled for next Saturday. pic.twitter.com/70xjhKjr0P

Roxas said that it took the police department 7 months to act on the case of Kayceelyn Salminao’s case. The abogado said that if it weren’t for the viral videos, the case would have not been investigated.

The abogado shared that the videos and statements were not seen as sufficient evidence to proceed with the charges. She decided to just urge city officials to stop xenophobia and racism through education because though it wasn’t recognized as a crime, it should not be tolerated in any state or country.

So much injustice and hate!