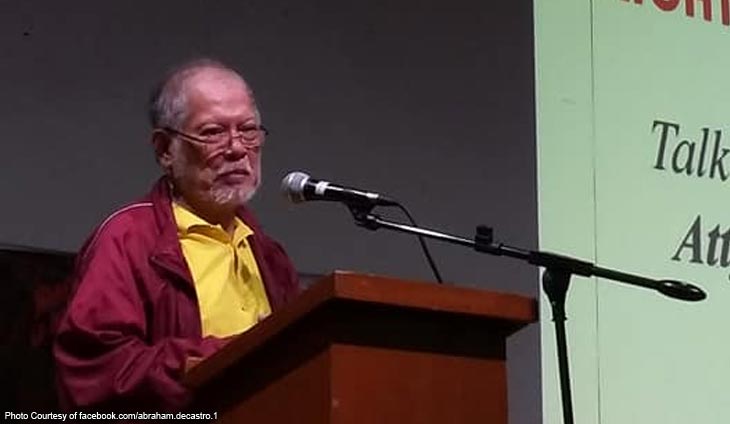 Former senator and human rights lawyer Rene Saguisag will represent opposition Senator Risa Hontiveros in the sedition and other cases the Philippine National Police filed against her and sevaral others critical of the Duterte administration.

As of this writing, the Department of Justice has formally started the preliminary investigation.

Saguisag and other members of Hontiveros’s legal team filed a motion before the DOJ to inspect the original documents and other evidence attached to the complaint, a press statement from the lawmaker’s office read.

“I stand ready to face these charges and once again maintain that I am not plotting against this government. We are far too busy in the 18th Congress, and there are greater matters of national importance, such as the defense of our territory from Chinese encroachment, that demand our attention,” Hontiveros said.

For his part, Saguisag called the accusations baseless, adding the accusers must present their case in its entirety, without adding any additional details later on as this violates the principle of fair play and due process.

Saguisag is an accomplished human rights lawyer, who served in the Senate from 1987 until 1992. He was the chairperson of the Senate Committee on Ethics and Privileges.

“We must always remember that accusation is not proof, and that criticism of one’s government is not a crime. It is a vital part of any healthy and functioning democracy. We will face these allegations head-on. I stand by Senator Risa’s innocence, and we are confident that the truth will prevail,” Saguisag said.