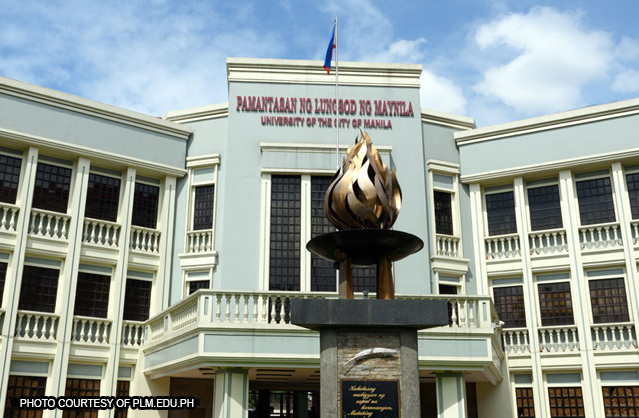 Ex-PLM teacher wins in case lost by Ombudsman, gets SC to bar Vitriolo from gov’t

A former faculty member of the Pamantasan ng Lungsod ng Maynila (PLM) has succeeded in achieving what the Ombudsman failed to do in 2019: get the Supreme Court (SC) to bar Commission on Higher Education (CHED) executive director Julito Vitriolo from public office for failing to take action despite being repeatedly informed about the university’s diploma mill operations for several years.

In a recent 10-page decision, the SC 1st Division granted Oliver Felix’s petition to set aside the Court of Appeals’ (CA) August 17, 2017 ruling that downgraded Vitriolo’s penalty to 30 days’ suspension.

The SC declared CHED’s erstwhile highest-ranked career executive guilty of gross neglect of duty and imposed “the penalty of dismissal from service, with the corresponding accessory penalties.”

The sanction arose from Felix’s complaint that Vitriolo failed to investigate the PLM’s tieup with the National College of Physical Education (NCPE), which turned out to be unrecognized by the CHED.

To recall, Vitriolo was first ousted by the Ombudsman in a December 29, 2016 resolution finding him liable for grave misconduct, gross neglect of duty, inefficiency, incompetence, and violation of Sections 5(a), (c) and (d) of the Code of Conduct and Ethical Standards for Public Officials and Employees.

This paved the way for his replacement by Karol Mark Yee, who resigned due to threats. Cinderella Filipina Benitez-Jaro was later appointed, but Vitriolo challenged her assumption of the post through a quo warranto petition that was granted by the Quezon City Regional Trial Court (RTC).

The CA modified the Ombudsman’s decision and held Vitriolo liable only for violation of Section 5(a) of the Code of Conduct. It only faulted him for failing to reply to the first two letters, but did not find him liable for the failure to investigate and stop the diploma mill.

The case first reached the SC when the Ombudsman tried to intervene in the CA case a month after it decided to downgrade the penalty. The SC in a June 3, 2019 resolution on G.R. No. 237582 affirmed the disallowance of the Ombudsman’s intervention and did not discuss the merits.

The SC only tackled the issues when it resolved Felix’s petition, G.R. No. 237129. This time, it ruled that the CA erred in downgrading Vitriolo’s penalty.

Noting that Vitriolo was in charged with overseeing the overall implementation and operations of the CHED central and regional offices, the SC said his “failure and unwillingness to investigate the alleged diploma-mill operations of PLM constitute gross neglect of duties.”

The SC stressed that Felix’s letters, which contained pieces of evidence, involved “a serious allegation necessitating the attention of Vitriolo,” especially since diploma mill operations by a university run by the Manila city government would affect students, graduates and the public in general.

It said Vitriolo’s insistence that he referred the matter to other CHED offices for investigation only “highlights his lackadaisical attitude in dealing with the allegations of Felix.”

It added that Vitriolo only took notice of Felix’s letters after the latter filed a complaint which the Ombudsman originally treated as one for mediation. Even though Vitriolo promised during the mediation that he would act on Felix’s letters, he never gave any updates for the following years.

The SC said Vitriolo gave a “lame excuse” when he wrote Felix in a July 11, 2014 letter that the investigating officer retired without turning over his findings. It also noted Vitriolo’s admission that as late as August 3, 2015, he was still making referrals for the investigation.

“If Vitriolo truly ordered an investigation of the alleged diploma-mill operations of PLM and considering that five long years has passed since Felix first wrote the letters to Vitriolo regarding the matter, a definite finding should have already been arrived at,” the SC said. “What is apparent in Vitriolo’s actions is that he did not take the allegations of Felix seriously.”

The SC blamed Vitriolo’s gross neglect of duty for the CHED’s failure to undertake an investigation and determine the possible administrative liabilities of those involved in the diploma mill operations.