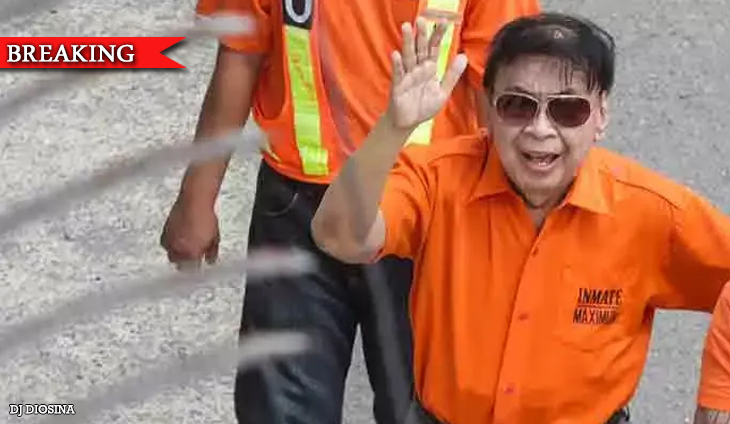 The Bureau of Corrections on Sunday disclosed that convicted rapist-killer former Calauan, Laguna mayor Antonio Sanchez was transferred to the Jose Reyes Memorial Medical Center in Manila for sputum examination.

A sputum culture is a test to detect and identify bacteria or fungi that infect the lungs or breathing passages. Sputum is a thick fluid produced in the lungs and in the adjacent airways. Normally, fresh morning sample is preferred for the bacteriological examination of sputum (Source: Wikipedia).

In a Facebook post, BuCor said: ” On Friday night, PDL Sanchez was transferred to the JRMMC for referral to nephrologist and sputum exam. The transfer was made through coordination done by One Hospital Command Center of the DOH (Department of Health). Patient PDL has multiple electrolyte imbalance, CKD Stage V, pulmonary Tuberculosis-bilateral, S/P CVA with no residuals. Patient is presently confined at the said hospital and NBP (New Bilibid Prison) medical staff is in constant monitoring of his status. ”

Perete said that the convicted rapist-killer will still undergo treatment for his other ailments at the New Bilibid Prison Hospital in Muntinlupa.

“Yes (he will continue to receive treatment for his other ailments). Per (information from) BuCor (Bureau of Corrections) , he currently remains at the NBP (New Bilibid Prison) Hospital,” Perete said.

Sanchez hogged the headlines after he was supposed to be released for good conduct.

He was convicted for the 1993 rape and murder of University of the Philippines Los Baños students Eileen Sarmenta and Allan Gomez.

The Supreme Court upheld the Laguna regional trial court ruling in 1999 against Sanchez, who is currently serving his sentence of seven terms of reclusion perpetua at the NBP.