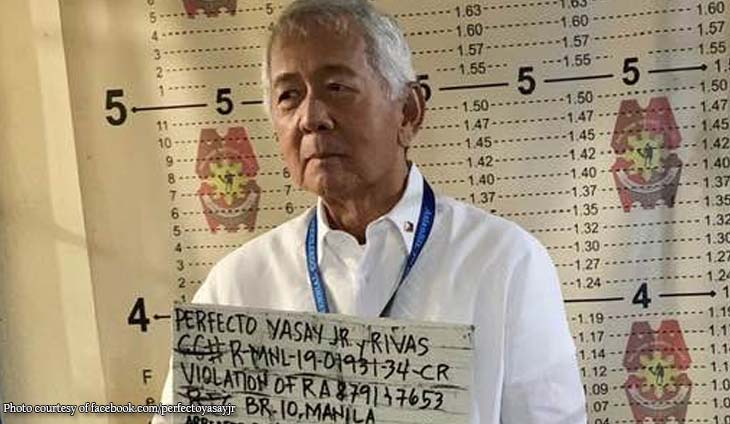 He was arrested for alleged violation of Republic Act 8791 and Republic Act 7653 or the General Banking Law and the New Central Bank Act respectively.

Yasay was accused of alleged complicity in a loan involving Banco Filipino Savings and Mortgages Bank.

” I’m not posting bail until i am brought before the judge where I will question this abuse of process and travesty of justice. Please include me in you prayers for my deliverance,” Yasay said in a Facebook post.