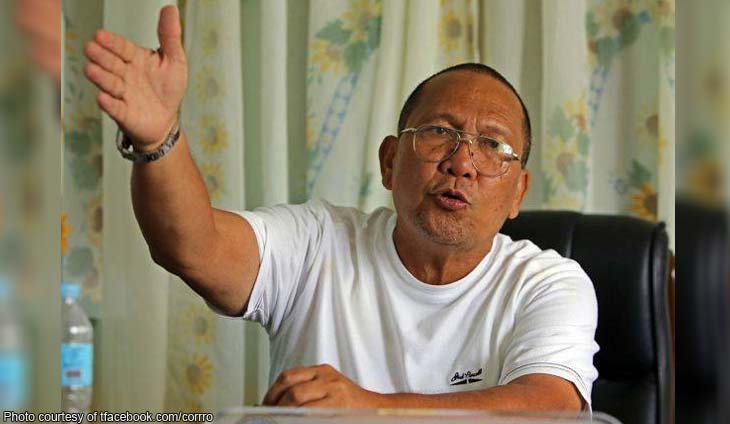 The Court of Appeals (CA) has absolved former Daanbantayan, Cebu, Mayor Augusto Corro of administrative liability in connection with the confusion in the listing of typhoon Yolanda victims who were entitled to housing assistance.

In a recent 17-page decision, the CA 18th Division set aside the Ombudsman’s May 25, 2017 ruling that found Corro and then-Municipal Social Welfare Deveopment Officer Heide Aplece guilty of simple negligence and ordered them to pay a fine equivalent to two months’ salary.

The court said complainant Renato Benatiro, a resident of Barangay Tapilon who was stricken off the list of beneficiaries, “failed… to establish that Mayor Corro was negligent in his duties” in distributing the Emergency Shelter Assistance (ESA) funds.

“The Court observes that Mayor Corro merely exercised his sound discretion as the chief executive and gave proper attention to a task expected of him based on the spirit of the guidelines,” read the decision penned by Executive Justice Edgardo delos Santos.

Records showed that the municipal government in October 2014 submitted to the Department of Social Welfare and Development (DSWD) a list of 16,613 affected families. The agency then released P425.87 million as ESA funds, with P30,000 each to be distributed to families with totally destroyed homes and P10,000 to those with partially damaged homes.

In January 2015, the DSWD released Memorandum Circular Number 24 disqualifying families whose houses stood within the “unsafe” or “no-build” zones from receiving the ESA. This prompted Corro’s office to “update” the list of beneficiaries, removing the residents of Barangay Tapilon, such as Benatiro.

Benatiro complained that his removal from the list lacked factual and legal bases, and pointed out that his family had lived in the area for decades already. He added that a letter from the Mines and Geosciences Bureau (MGB) stated that his barangay was “not within a Danger/Unsafe Zone for rain-induced landslide and flooding.”

Corro argued that in the absence of a Municipal Comprehensive Land Use Plan (MCLUP) and multihazard maps, he temporarily adopted the 40-meter No-Build Zone policy of the Office of the Presidential Assistant for Recovery and Rehabilitation (OPARR) in response to the risk of storm surges.

The court agreed that it “would be simply unjust” to hold Corro and Aplece liable since their reassessment of the list of beneficiaries was “just to conform with the guidelines.”

It said Benatiro failed to establish that the mayor excluded non-supporters for political reasons only, noting that his initial inclusion in the list belied this claim.

The court added that Benatiro failed to show evidence that Corro and Aplece failed to give proper attention to their tasks. On the contrary, it said the two officials were “in fact heedful enough to look for an alternative reference” in the absence of an MCLUP.

It said Corro’s reliance on the OPARR policy was “not completely implausible” because it was implemented based on the hazards of possible storm surges. It also cited that the mayor was an engineer by profession.

The court also noted the MGB letter only covered the risk of landslides and flooding, but not storm surges that led to much devastation during Yolanda’s onslaught.