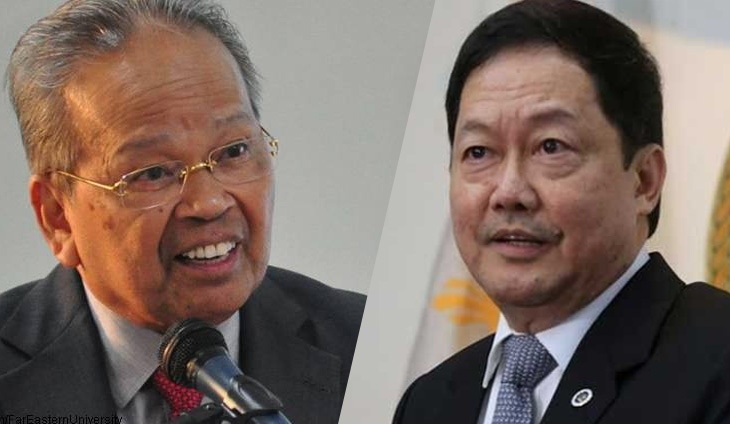 Former Chief Justice Artemio Panganiban is nudging the Duterte administration through Justice Secretary Menardo Guevarra to bring up the 2016 arbitral award on the West Philippine Sea before the International Court of Justice (ICJ).

It’s been a while since Panganiban wanted to bring up the country’s arbitral win before the ICJ, which to him is the only way to bring China to heel. This time, he may finally be convincing the right people as he revealed that the sitting DOJ chief is listening.

“In response, the esteemed Justice Secretary Menardo I. Guevarra (who, to my delight, always comments on my columns) texted me, ‘Is there any chance at all that if the matter is brought to the ICJ, any part of the AA may be reopened?,’” Panganiban said in his June 13 column.

“My answer: ‘I don’t think so if we were to craft a good petition. We already won the maritime rights granted by Unclos. We should not re-litigate them. China will probably have the opposite view because it does not recognize the AA… how to get China to the ICJ is quite tough.’”

He admitted that it won’t be easy to get China to join the ICJ proceedings, but it’s definitely worth a try.

“It knows that under the ICJ Statute, the ICJ will acquire such jurisdiction only with the consent of China!,” Panganiban added.