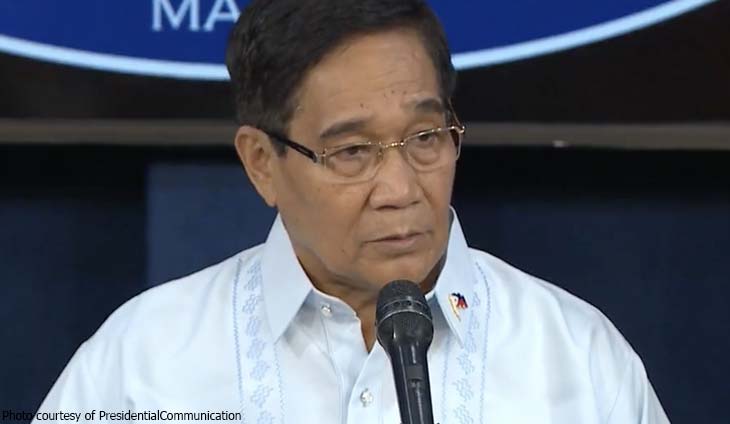 National Security Adviser and retired military chief Hermogenes Esperon, Jr. said he will personally ensure that leaders of the Communist Party of the Philippines and the New People’s Army will be sent to jail for years for the 1985 Inopacan Massacre.

While it’s been decades, the army man said his testimony – the 29th and last to put the case to rest – is filled with details that would prove their guilt.

“I take the position that, as shown by the evidence, the Central
Committee Members of the CPP-NPA-NDF, led by Jose Ma. Sison, are complicit and directly responsible for the mass murders. The blood of these victims lie squarely in the hands of the perpetrators and implementers of these nationwide mass purges, regardless of the NPA’s blanket denial of its involvement therein,” Esperon said after his final court testimony.

“As my moral and social duty, I shall see to it that those responsible for these heinous crimes are held answerable to the bar of justice,” he added.

The case is close to his heart after seeing the bones of 100 people unearthed from a mass grave in Leyte where he visited in 2006 as chief of staff of the Armed Forces. “Oplan VD, as it was named in Leyte, claimed the lives of an estimated three hundred people as the CPPNPA attempted to clean its ranks of alleged military informers and counter revolutionaries. It was likewise carried out to neutralize civilians suspected of being uncooperative to the CPP-NPA’s plans and agenda,” he recounted.