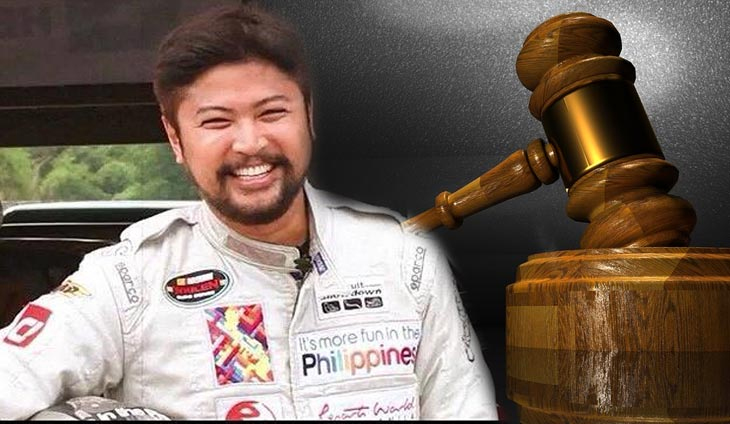 The Court of Appeals (CA) has denied the appeal of the motor racing foundation of murdered racer Enzo Pastor to stop Petron Corporation from seeking the rescission of their sponsorship agreement.

The earlier CA decision affirmed the December 20, 2018 resolution of the Taguig City Regional Trial Court (RTC) Branch 266 denying the motion of Enzo’s foundation and family for the dismissal of Petron’s complaint.

“The matters raised in the motion had been considered,weighed and passed upon by the Court in its Decision. The motion thus fails to present any new and substantial matter, or any cogent and compelling reason which would justify reconsideration of the Court’s ruling,” read the resolution penned by Associate Justice Fernanda Lampas Peralta.

The case involved a 2012 agreement under which Petron had to pay P13 million in exchange for a co-presenter sponsorship for the advertising of its products in the 2013 Euro-RACECAR NASCAR Touring Championship Philippine Leg.

On June 11, 2015, the eve of Enzo’s first death anniversary, Petron filed the complaint for rescission on the ground that the tournament was not held due to the fault of his foundation and his family. Petron demanded the return of its P6.5 million downpayment, on top of P1.5 million in damages, attorney’s fees and litigation expenses.

PFAFI and the Pastors sought the dismissal of the complaint, arguing that Petron failed to carry out a mutual discussion first and that summons were invalidly served on Vanessa and Gian Carlo.

The CA, however, said the dispute resolution clause was already complied with through the exchanges of written communications from February 19, 2014 to April 30, 2014, in which Petron requested its downpayment and the Pastors refused because it had been spent on promotional activities.

It rejected the argument of lack of jurisdiction over Vanessa and Gian Carlo, as they shared their parents’ postal address.

Enzo was shot dead in his truck in Quezon City on June 12, 2014. The CA in 2020 dismissed the parricide case against his wife Dalia for lack of probable cause, but her alleged lover Domingo “Sandy” de Guzman III would still remain in jail to face trial for murder.