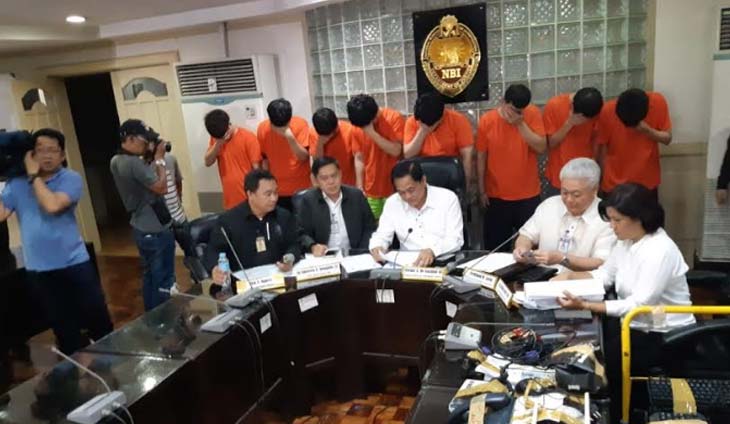 Agents of the National Bureau of Investigation (NBI) announced the arrest of eight South Koreans for allegedly stealing personal and financial information from countless “phishing” victims.

They were arrested by the NBI’s Special Action Unit in Angeles City, Pampanga last August 10.

Seized from them were fraudulently acquired bank cards and password machines which they used to transfer funds from their victims into other bank accounts under their control.

Charges for violation of Republic Act No. 8484 (Access Devices Regulations Act of 1998) and Republic Act No. 9165 (Comprehensive Dangerous Act of 2002) were filed against the South Koreans before the Department of Justice.