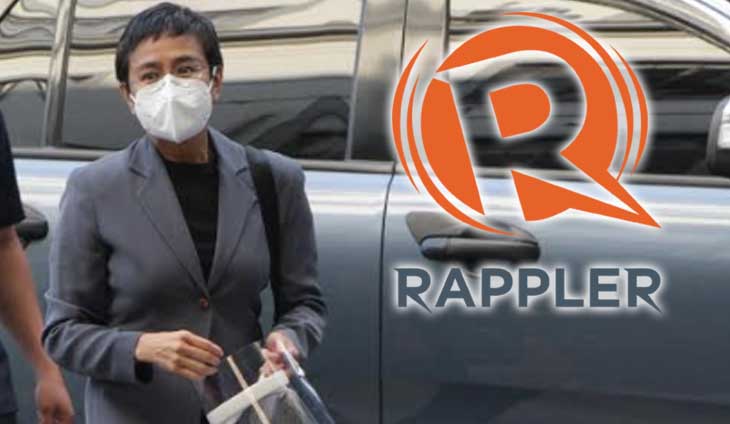 Since its founding in 2012, Maria Angelita Ressa has positioned herself as the face of Rappler and its top dog both in the local and foreign media.

But surprisingly Ressa, who has no qualms about getting all the spotlight for her organization, has surprisingly made it her defense that she had nothing to do with the 2012 article written by former Rappler researcher-journalist Reynaldo Santos Jr. which ws the subject of a libel case filed by businessman Wilfredo Keng.

But the Manila Regional Trial Court (RTC) Branch 46 has seen through her “ruse” and ruled that Ressa cannot wash her hands off on any story published on her site while letting the writer or editor take the fall.

In her testimony, Rappler senior editor Chay Hofilena claimed stories on the news website were edited by a pool of eight editors while Ressa, as executive editor, was only involved with its “big picture” including “financials”, noting that “she does not dip her fingers into stories because her obsession is disinformation and terrorism.”

Hofilena said Ressa does not edit because “she always travels” but she admitted that Ressa has the final say when editors can’t make up their mind on whether to post a story or not.

Judge Rainelda Estacio Montesa, however, has rubbished Ressa’s attempt to weasel her way out of any responsibility in Santos’ article.

“To the mind of the Court, Rappler’s scheme of not using the term ‘editor-in-chief’ in its organizational structure is a clever ruse to avoid liability of the officers of a news organization who can be held responsible for libel under Article 360 of the Revised Penal Code, in relation to RA 10175. They used the nomenclature ‘executive editor’ instead, although clearly the nature of the functions she discharges is still that of an editor as contemplated by law,” said Montesa.

“In addition, the defense theory that Accused Ressa has no participation is untenable. It should be stressed that neither the publisher nor the editor can disclaim liability for libelous articles that appear on their paper by simply saying that they had no participation in the preparation of the same,” she added.

Montesa said that with her other role as Rappler CEO, “Ressa clearly has the absolute management responsibility over Rappler Inc.”

“It is not a matter of whether she was actually involved in preparing or editing the subject article, because the law simply states that she, as editor and business manager, is liable ‘AS IF’ she was the author, in accordance with Article 360 of the Revised Penal Code, in relation to RA 10175,” she said.

It was Rappler management’s decision not to take down or clarify or post the side of Keng in the story which accused hIm of being involved in criminal activities. A Rappler reporter had already interviewed and written the story of Keng but Its editors still did not post despite repeated requests.

It must be noted that Ressa’s co-accused, Santos, is only responsible for writing the story, editors decide which stories to publish.

Santos, who resigned from Rappler in 2016, has no say on whether Rappler should take down its story or clarify it or release the other side which is the sole prerogative of top management led by Ressa.