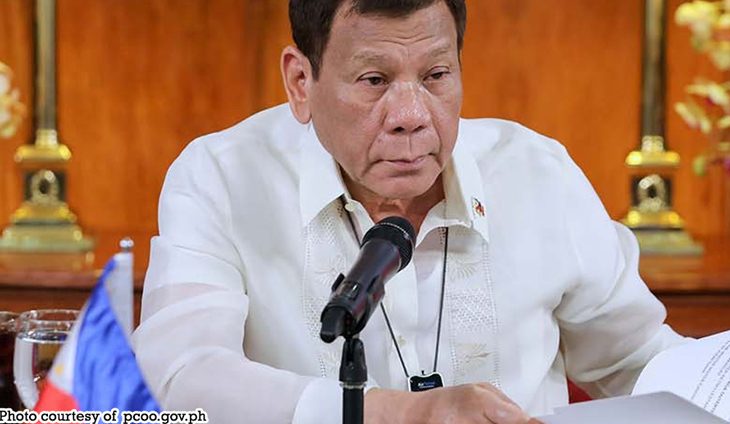 MANILA – President Rodrigo Duterte can never be a lame duck because majority of Filipinos continue to trust and approve of his performance as the country’s top official, a Palace official said Sunday.

Chief Presidential Legal Counsel Salvador Panelo made this remark in response to Manila Times columnist Lito Monico Lorenzana’s claim that Duterte “becomes a lame duck unless he is perceived as still powerful and influential in shaping the next administration.”

Citing the September 2020 results of the Pulse Asia survey, he said 91 percent of the survey respondents gave Duterte a 91 percent performance rating and a 91 percent trust rating.

Panelo said he believed that any presidential and vice presidential candidate supported by Duterte could easily win the elections.

Panelo said many Filipinos continue to believe Duterte’s pronouncements because he is a reliable leader.

He also criticized former Senator Antonio Trillanes III for saying that fans and supporters of Duterte are stupid.

He urged Trillanes and other members of the opposition to “accept the reality” that Duterte remains to have the admiration of many Filipinos.

Meanwhile, Panelo came to the defense of presidential daughter Sara Duterte who was criticized by netizens for topping list of presidential bets in a survey despite repeatedly saying that she has no intention of joining the race for the presidency in 2022.

Panelo, who has been very vocal about his support for a possible daughter-and-father tandem of Sara and Rodrigo Duterte in the 2022 national elections, said Sara, as Davao City mayor, had her own achievements to take pride in.

Sara has repeatedly said that she has no plans being the president, but on Jan. 31, the presidential daughter said she is willing to run in 2034 but only if the opposition will support her.

A month ago, Duterte said he discouraged Sara not to run for president because it is not worth pursuing. He said the presidency is an unsuitable job for a woman.

“And my daughter, inuudyok man nila, sabi ko, (They are urging my daughter [to run for president] so I told them), my daughter is not running. I have told Inday not to run kasi naaawa ako sa dadaanan niya na dinaanan ko (because I do not want her to experience what I have experienced),” he said. “Hindi ito pambabae. Alam mo, (The position is not suitable for a woman. You know), the emotional set up of a woman and a man is totally different. Magiging gago ka dito. (You will become stupid). So that is the sad story,” he said. (PNA)