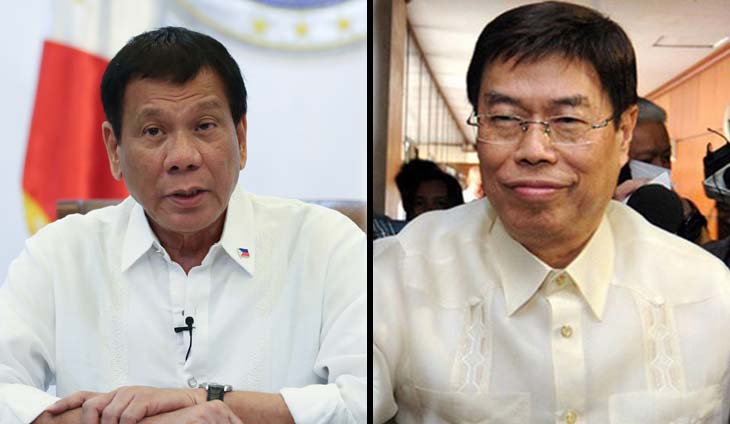 President Rodrigo R. Duterte may have found more evidence that prompted him to issue a stern warning against fugitive and alleged drug lord Peter Lim, Malacañang said on Thursday.

“There could be basis for that. Baka marami nang ebidensiya to convince the President that he (Lim) is really behind many operations concerning drug activities,” Presidential Spokesperson Salvador Panelo said in a Palace briefing.

“You must remember that Peter Lim at one point denied that. Siguro lalong pinaimbestigahan ni Presidente, baka marami na siyang basis ,” he added.

In a speech on Wednesday, Duterte said it would be better for Lim to commit suicide since he would face 200 years in prison if he surrenders.

Panelo said authorities do not know Lim’s whereabouts yet but assured that the President has a standing order to “pursue” violators of the law.

“Standing order naman is to pursue to end of the world those who have violated the laws in this country. Iyon naman ang palagingstanding order niya (That’s always his standing order),” he said.

The Department of Justice filed against Lim two counts of the non-bailable offense of conspiracy to commit illegal drug trade, along with self-confessed drug lord Kerwin Espinosa.

The case stemmed from a complaint filed by the Philippine National Police’s Criminal Investigation and Detection Group tagging Lim as the source of “shabu” being sold by the Espinosa group. (PNA)