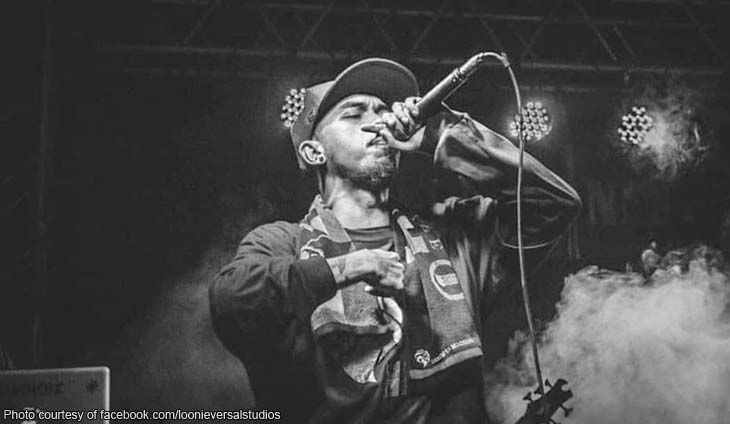 Popular Fliptop rapper Loonie has cleared his name from charges of selling illegal drugs and is looking for vengeance.

A Makati Regional Trial Court on Tuesday dismissed the drug raps filed against Loonie, known as Marlon Peroramas, and his sister and manager Idyll by the Makati City police.

“I have never sold drugs in my entire life,” Loonie said in a statement, adding that their camp is looking to file counter-charges against their accusers.

Loonie was arrested in September 2019 over the charges and was able to walk free with a P2-billion cash bail in January 2020.

The siblings have maintained that they were booked for a gig by a supposed client, only to learn that they were being set up in cohorts with Makati’s drug enforcement unit. They said drug paraphernalia was planted in their things during the supposed buy-bust operation.

They are now eyeing counter-charges after the court judge pointed out “inconsistencies in the testimony” of the drug buyer.

“We offer this victory to God and to everyone who’s been supporting us through and through,” Loonie added.