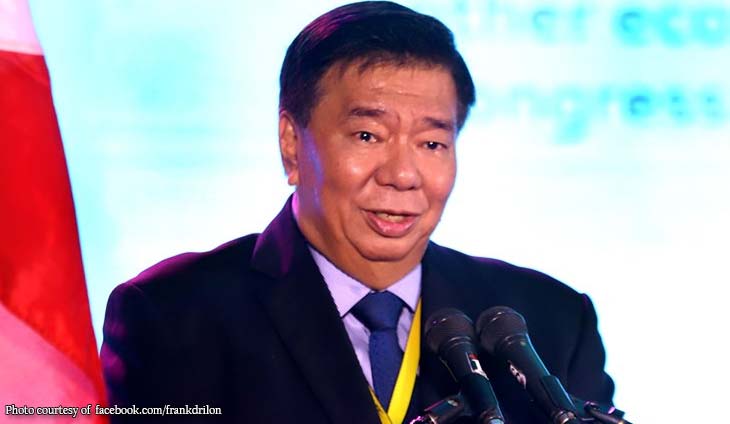 Senate Minority Leader Franklin Drilon on Thursday lamented a Supreme Court decision last June declaring as invalid Section 4, Rule 1 of the implementing rules and guidelines of Republic Act 10592 in so far as the prospective application for the grant of good conduct time allowance (GCTA) to prisoners.

The controversy over GCTA started in the wake of reports of the impending release of former Calauan, Laguna Mayor Antonio Sanchez, who had been convicted for the 1993 rape-murder of University of the Philippines Los Baños student Eileen Sarmenta, and the murder of her companion Allan Gomez.

According to Drilon, the law’s application was prospective in application as shown by the IRR formulated during the time of former justice secretary and now Senator Leila de Lima.

But Drilon, who was the justice secretary when Sanchez was convicted, clarified that the SC didn’t ruled that the DOJ was mistaken on its prospective application of GCTA.

The SC came into the picture when several Bilibid inmates challenged one thing about the implementing rules and regulations of RA 10592: its prospective application, which means the law only covers cases from the time it was enacted in 2013.

The Free Legal Assistance Group supported the inmates’ petition, saying a prospective application unreasonably discriminates those who would have benefited from a retroactive application.

Last June 25, the SC unanimously sided with the inmates. In a decision penned by Associate Justice Diosdado Peralta, the en banc held that RA 10592 is a penal law and should therefore have a retroactive effect.

Article 22 of the Revised Penal Code provides that penal laws should have retroactive effect “insofar as they favor the persons guilty of a felony, who is not a habitual criminal.”

As a consequence of the SC ruling and the law, around 200 inmates could be released in one day.

“The law does not make any distinction and applies uniformly to all persons deprived of liberty who have conducted themselves well, usefully and productively,” Justice Secretary Menardo Guevarra said.

For his part, human rights lawyer Edre Olalia, president of the National Union of Peoples’ Lawyers, a group that has represented political prisoners and victims of human rights violations, said the situation was “hard to swallow” but shared a similar view.

“As the current law, jurisprudence and legal principles stand now, unfortunately and most regrettably, they may be released,” Olalia said. And it should apply to all, he said, unless the law is amended to create exceptions.