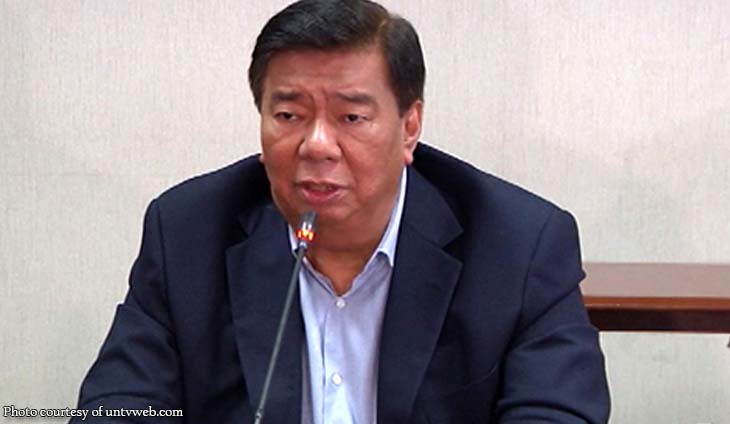 Senate Minority Leader Frank Drilon is satisfied that the government has finally gotten its act together and declare heinous crime convicts such as rapist-murderer Antonio Sanchez are not eligible for reduced sentences.

Hinintay lang makulong: Panelo claims he’s been out of Antonio Sanchez’s life since 1995

But Drilon is not blaming Justice Secretary Menardo Guevarra for initially declaring the former Caluan, Laguna mayor was eligible for release under the 2013 Good Conduct Time Allowance (GCTA) law which was made retroactive by the Supreme Court last July 19.

“All these years, that’s why nagkagulo it, it’s because the BuCor(Bureau of
Corrections) has been interpreting the law as allowing good conduct to qualify the person from time allowance. Now the interpretation is no, the disqualification by virtue of credit for preventive imprisonment is now applicable,” said Drilon in an interview with One News.

Antonio Sanchez already out of Bilibid since June?

“That’s the opinion today of the SOJ (Secretary of Justice). Prior to today, the rule has been, the heinous crime, etc. the disqualification refers to preventive imprisonment and not to final conviction. Now it is interpreted as excluding those who are guilty if heinous crimes because of the standard imposed on preventive imprisonment,” he added. Guevarra declared on August 20 that Sanchez was among 11,000 convicts eligible for release under the GCTA. After causing a firestorm on social media, Guevara made a 180-degree turn and declared Sanchez ineligible for the GCTA.

Guevarra cited Article 29 of the Revised Penal Code for exempting Sanchez and other life convicts from the GCTA benefits.

“Under that Article, it says that recidivist, habitual delinquents, escapees, and persons charged with heinous crimes are excluded from the coverage of this Act. Therefore, the interpretation is, if you are excluded even if this provision refers to preventive imprisonment, it is now interpreted that it excludes and disqualifies finally convicted persons,” said Drilon.

“It’s the confusion. Here, the law is maybe less than clear. To my mind, the rules are broad enough so that the good conduct definition will include all these instances to disqualify Sanchez from GCTA. We’re on the same page and that could be the interpretation that can be accorded to this episode and say, Mr. Sanchez, you serve the 40 years,” said Drilon.

Drilon believed the law gave too much leeway in scoring points under
the GCTA, “You cannot discount the fact that there can be something
funny happening there (listing violations in a convict’s karpeta or
folder). How much does it cost not to have a violation of the rule in your folder,” he said

“This law is created by man and it is entirely possible that something happened along the way. Remember that infractions are recorder. If you do not record infraction, it means no infraction. There is the Board of Pardons and Parole that review all these. Theoretically there’s a check. Whether that sets forth, I do not know,” he added.

But Drilon believes the issue is far from settled as he expected Sanchez and others of his ilk to challenge the DOJ interpretation in the Supreme court.

“If you are a lawyer of one of these prisoners, you can go to the SC and say, mali kayo, Secretary of Justice. Maybe that’s an area where we can examine, that’s why I filed Senate Resolution 106 to examine,” said Drilon.