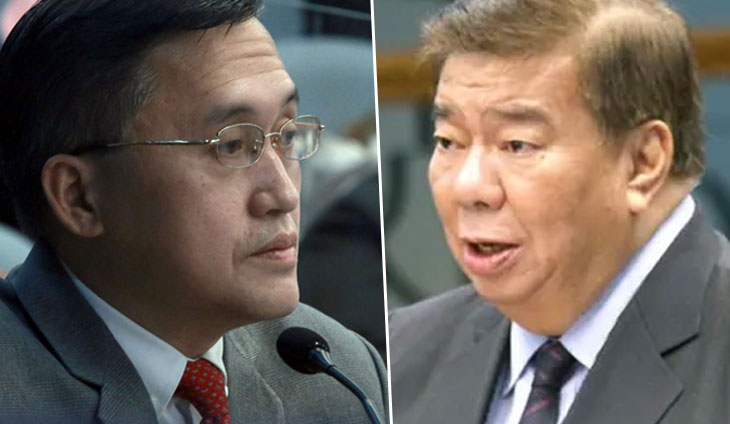 Presidential sidekick Bong Go nearly cried as he had a hard time answering Senate Minority Leader Franklin Drilon’s questions about the wisdom of renationalizing two hospitals at a time when the national government has been forced to turn over more revenue to the local government units (LGUs).

Go was so rattled that he even tried—but failed—to end the debates on his bills, which were made to appear as if they merely meant to increase the bed capacities of several hospitals.

Eagle-eyed fiscalizer Drilon caught on to provisions sneaked in to transfer to the national government the control of Benguet General Hospital and Lanao del Norte Provincial Hospital, currently run by their respective LGUs.

He pointed out the financial burden that would be imposed on the national government “which is already hard up on funds, with funding requirements which can otherwise be absorbed by the local governments.”

Drilon asked Go to explain the Supreme Court’s (SC) Mandamus ruling. The July 3, 2018 decision, which will be implemented by 2022, provides for the Internal Revenue Allotment (IRA) of LGUs to be sourced from all national taxes, not just the ones collected by the Bureau of Internal Revenue (BIR). This may reduce the national government’s share of financial resources, especially given the recession caused by its mismanagement of the pandemic.

The question had Go looking flustered as his staff handed him notes to help him answer. After Drilon explained what will happen, Go joked that he should run for congressman or mayor instead to benefit from the windfall for LGUs.

Go’s attempt at humor backfired, as Drilon pointed out that he only confirmed that the Senate should not push to renationalize hospitals when LGUs would be more financially capable of handling the costs.

Throughout the three-hour exchange, Go had to ask for a suspension several times, unable to survive the questions without input from his staff.

Meanwhile, more senators confronted him about the issues with his bills. Senators Cynthia Villar and Pia Cayetano reminded the inexperienced neophyte of the rule against riders.

Villar said she was confused because the renationalization of the two hospitals was not mentioned in the title, while Cayetano told Go that senators need to know what they were dealing with.

Go later accused Drilon of intentionally delaying the passage of the bills and blamed him for the government’s failure to provide health services to the people.

He then invoked cloture, but Drilon objected because of the unresolved policy issue and questions about the national government’s fiscal capacity.

“If the good sponsor can answer the questions in a more precise [manner] instead of asking for suspension, baka mapabilis tayo,” Drilon shot back. The other senior senators agreed.