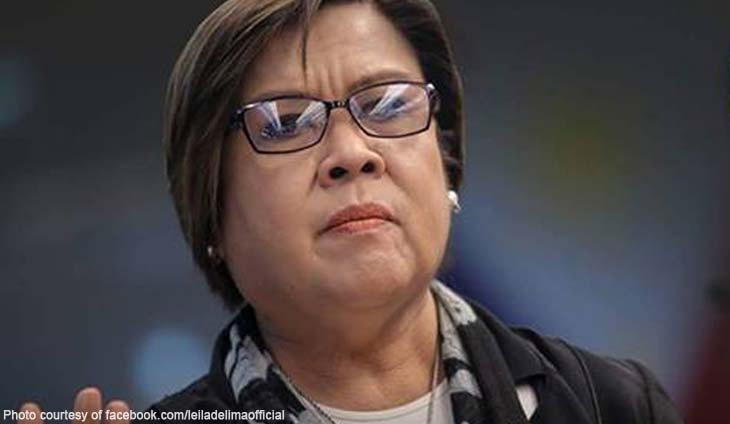 Detained opposition senator Leila de Lima has filed a criminal complaint against the inmate who, in their government-sanctioned testimony against her, admitted to trading and selling illegal drugs inside the New Bilibid Prisons (NBP).

De Lima named government witness Joel Capones and 13 “mayores” in Sigue Sigue Sputnik gang, including Ferdie Morellos, Reynaldo Punga and Anton Miya, as respondents in her complaint for conspiracy to commit illegal drug trading filed on June 9 before the Office of the City Prosecutor (OCP) of Muntinlupa City.

The archnemesis of President Rodrigo Duterte cited Capones’s testimony during the February 16 hearing of the Muntinlupa City Regional Trial Court (RTC) Branch 256 on her own case for conspiracy to commit illegal drug trading.

Murder convict Capones testified under oath that he transacted crystal meth, or shabu, because he was told to do so by the late inmate Jaybee Sebastian to raise funds for the campaign of then-Justice Secretary De Lima for a Senate seat in the 2016 elections.

Capones said he believed Sebastian had strong influence in the Aquino administration, so he delivered P1.4 million to Sebastian, who then allegedly handed the money to De Lima when she arrived at the facility.

De Lima argued that this testimony may be used against Capones, since it “clearly involves acknowledgment of his participation in the crime of conspiracy to commit illegal drug trading,” and it was “categorical and definite.”

“Mr. Capones’ judicial confession that I personally witnessed constitutes evidence under Sec. 33, Rule 130 of the Revised Rule on Evidence that Mr. Capones indeed committed the crime of conspiracy to commit illegal drug trading and that he should be held liable and prosecuted therefor,” she said.

In a separate statement, De Lima said: “We are wondering why Capones remains untouched; why the DOJ [Department of Justice] is not filing a case against him. It’s clear to me that his perjured testimony implicating me in the drug trade is in exchange for exemption from criminal charge. It’s a bargained for testimony. A palpable case of selective prosecution.”