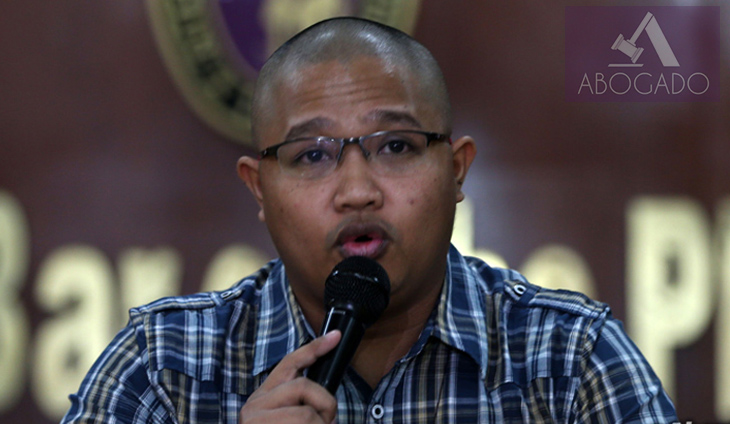 The warrant was issued by the Manila MTC after the Department of Justice indicted Advincula for perjury.

But the charges against his co-respondent, Philippine National Police-Criminal Investigation and Detection Group’s (PNP-CIDG) Police Lt. Col. Arnold Thomas Ibay, was dismissed by the DOJ for lack of probable cause.

The complainants accused Advincula and Ibay of filing trump up charges linking them to the “Ang Totoong Narcolist” videos.

“On or about July 2019, knowing that Advincula was a false witness and that the Advincula Salaysay contained untruthful statements knowingly made against us, Ibay nevertheless submitted it as basis of a criminal complaint against us and several others before the Department of Justice (DOJ),” read the complaint.

Tañada, Diokno, and Te were among the multitude of respondents that included key opposition leaders in the sedition case filed against them before the DOJ.

“The allegation by Advincula and Ibay that we, Attys. Diokno and Tanada, together with some other Otso Diretso candidates, were in a meeting with Advincula to plan and discuss this so-called ‘Project Sodoma’ is an absolutely willful and deliberate assertion of a falsehood in violation of law,” read the complaint.

Project Sodoma was said to be hatched by the opposition to destabilize the Duterte administration, and install Vice President Leni Robredo as new leader.

Also, Diokno and Tañada denied that they took part in an alleged meeting last March 4 at the Leung Hall of the Ateneo de Manila University (ADMU) to plan “Project Sodoma” along with the other respondents including Vice President Ma. Leonor “Leni” Robredo.

The two admitted being at Ateneo but only “to attend a Senatorial Candidates Forum organized by Rappler and the Political Science Department of Ateneo de Manila University.”#