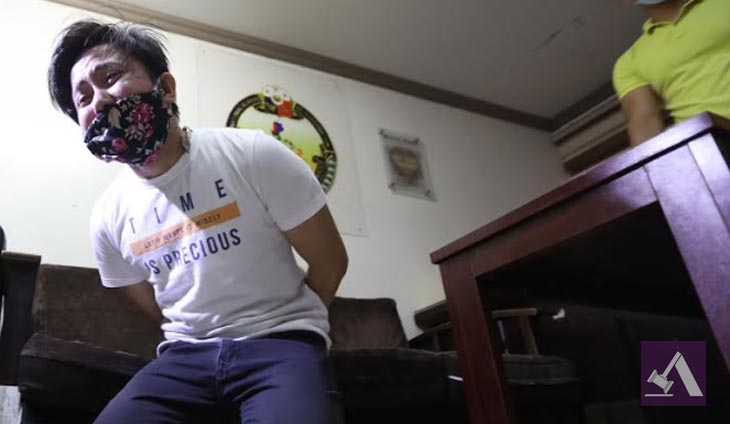 The Olongapo City regional trial court dismissed the inciting to sedition case filed against a public school teacher who offered a P50-million reward on Twitter for anyone who could kill President Duterte.

This as Judge Richard A. Paradeza in a 15-page decision granted the motion to quash the criminal information filed by Ronnel Mas.

The court said that the defect in the warrantless arrest by agents of the National Bureau of Investigation was not cured by the extra-judicial confession of Mas to the media.

Also, the court noted that the NBI arrested Mas while the latter wasn’t committing any crime at that time, hence, the evidence gathered thereafter was inadmissible in evidence.

” It is thus again safe to conclude that the arrest of accused Mas is unlawful, and evidence gathered as a consequence of said unlawful arrest is inadmissible in evidence,” the court ruled.

However, the court admitted that the controversial tweet was ‘despicable’ as it tends to undermine authorities” as no other than the President of the Philippines was its target. ”

In fact, the court lauded the NBI for its timely investigation as it stopped circulation of provocative posts in social media.

” However, no matter how contemptible or reprehensible the post is, the person or persons suspected to be responsible to the posting of the subject provocative text should be afforded their constitutional rights,” the court said.

While it admitted that Mas’ arrest was not proper, the Department of Justice still indicted him for inciting to sedition.

Assistant State Prosecutor Jeanette M. Dacpano stressed that the teacher’s extra-judicial admission before media cured the defect in his arrest.

“It is undeniable that the arrest of Ronnel Mas by the NBI operatives does not fall within the ambit of warrantless arrest contemplated by law,” Dacpano said.

” But the defect of Mas’ warrantless arrest was ultimately cured when Mas extra judicially admitted to the media that he indeed personally posted the provocative text in his Twitter account,” she added.