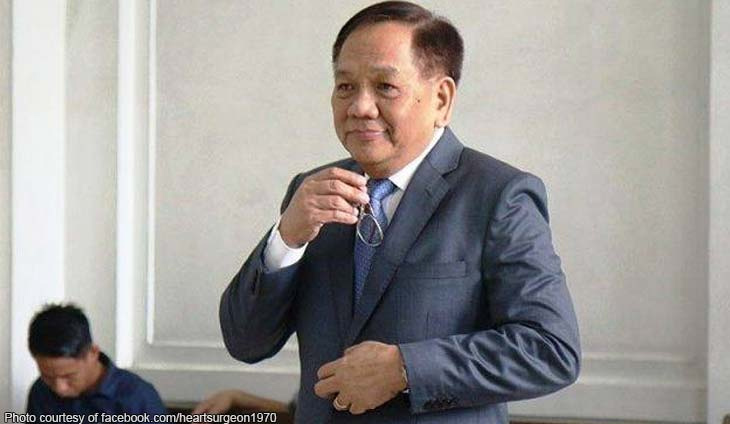 Chief Justice Diosdado Peralta is piling on accolades in his last month with the Supreme Court.

The highest abogado of the land is set to receive an honorary degree as Doctor of Laws from the Tarlac State University.

Peralta was born in Laoag, Ilocos Norte before moving to Manila to pursue his undergraduate degree at the Colegio de San Juan de Letran and law at the University of Santo Tomas. He went to join the Judiciary until he was appointed as chief justice by President Rodrigo Duterte in October 2019. However, he has applied to retire from the service by March 2021, a full year ahead of his mandatory retirement.

The conferment will be held February 19 at the Bulwagang Kanlahi, Romulo Boulevard, San Vicente in Tarlac City.