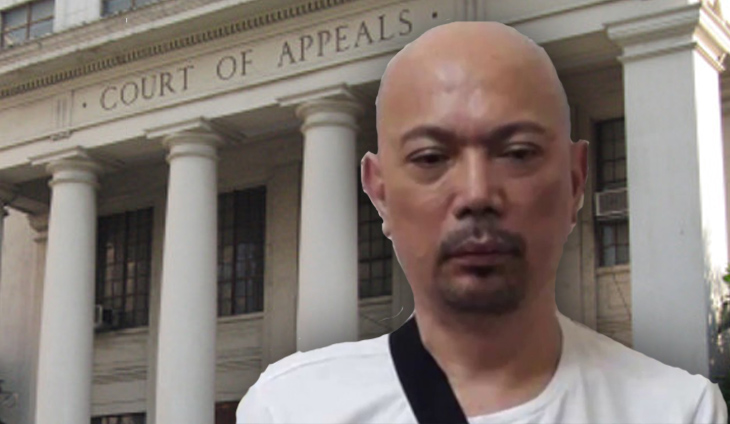 The Court of Appeals (CA) rejected the appeal filed by beauty doctor Joel Mendez on the seven-year jail term imposed against him by the Quezon City Regional Trial Court for failing to remit the Social Security System (SSS) monthly contributions of his employees.

Mendez had invoked “extrinsic fraud” in seeking reconsideration of the CA’s ruling.

Mendez argued that the failure of his former lawyer to attend scheduled hearings for his presentation of evidence and his counsel’s failure to inform him of the hearings and that his presence was required during the proceedings were tantamount to “extrinsic fraud.”

In seeking the inhibition of the members of the Former Special Eight Division, Mendez claimed members of the court prejudged the case by resorting to technicalities and making sweeping conclusions.

“Truly, a litigant bears the responsibility to monitor the status of his case, for no prudent party leaves the fate of his case entirely in the hands of his lawyer,” the CA explained.

“It is the client’s duty to be in contact with his lawyer from time to
time in order to be informed of the progress and development of his case; hence, to merely rely on the bare re assurance of his lawyer that everything is being taken care of is no enough,” the CA pointed out.

In turning down his motion for the inhibition of the handling justices, the CA said Mendez’s allegation of bias is not sufficient in light of convincing evidence against him.

In its August 2018 decision, the CA denied the petition filed by Mendez seeking to annul the July 18, 2016 decision of QC RTC Branch 88 Presiding Judge Rossana Fe Romero which found him guilty of violating Republic Act 8282 or otherwise known as Social Security Act of 1997.

The CA did not give weight to Mendez’s arguments saying that the Supreme Court has ruled that a lawyer’s neglect in keeping track of the case and his failure to apprise his client of the development of the case do not constitute extrinsic fraud.

Mendez, who owns a chain of dermatology clinic in the country, was sentenced to a jail term ranging from six years and one day as minimum to seven years as maximum by the QC RTC.

It also directed Mendez to pay SSS a total of P1,865,657.50 representing unpaid contributions from October 2011 to January 2013 with an interest of 3 percent per month from July 2015 until full payment. (PNA)