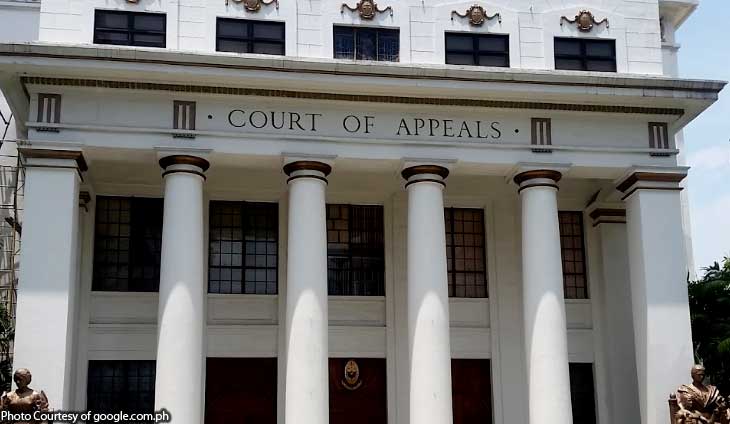 The Court of Appeals (CA) has upheld the dismissal of a labor arbiter (LA) for allegedly trying to demand P3 million from then-Pangasinan 5th District Rep. Amado Espino, Jr., in exchange for dropping an investigation into his son, now-2nd District Rep. Jumel Anthony Espino.

In a recent 12-page decision, the CA Special 8th Division denied the petition of LA Isagani Laurence Nicolas assailing the Ombudsman’s January 8, 2018 ruling that found him guilty of the administrative offenses of grave misconduct and serious dishonesty.

Isagani and his cousin Associate Graft Investigation Officer (AGIO) III Leonardo Nicolas, Jr., were caught receiving marked money in a July 21, 2017 entrapment operation by the Ombudsman and the National Bureau of Investigation (NBI) in Lingayen municipality.

The elder Espino said he was informed by then-Provincial Legal Officer Geraldine Ubana-Baniqued that Leonardo introduced himself as an Ombudsman lawyer and contacted her regarding the supposed case against the younger Espino, then the mayor of Bugallon municipality. Leonardo also claimed he could fix the black sand mining case against the elder Espino, which already reached the Sandiganbayan.

Meanwhile, provincial accountant Arturo Soriano claimed Isagani texted him on July 14, 2017 to say he knew of a lawyer who could help settle the cases with the Ombudsman. The entrapment operation was conducted that night.

The CA rejected Isagani’s claim that he merely introduced his cousin to Soriano and should not be held liable for the extortion attempt.

“He cannot feign ignorance of Leonardo Nicolas’ illegal acts because he was actually present during the two instances when Leonardo Nicolas tried to solicit money in exchange for the dismissal of the Ombudsman cases against respondent Amado Espino and his son Mayor Jumel Espino,” read the decision penned by Associate Justice Ramon Garcia.

“Here, petitioner took advantage of his office, position and influence as a Labor Arbiter to help Leonardo Nicolas achieve his illegal activity,” the decision added. “Clearly, when petitioner knowingly facilitated and participated in the illicit transactions of Leonardo Nicolas, he gravely abused his position and authority in order to commit a dishonest act which greatly tarnishes the integrity of his office. Such dishonest act showed moral depravity on the part of petitioner.”

The Nicolas cousins also face criminal charges for direct bribery before the Sandiganbayan and solicitation in violation of Section 7(d) of the Code of Conduct and Ethical Standards for Public Officials and Employees before the Municipal Trial Court of Lingayen, Pangasinan. #