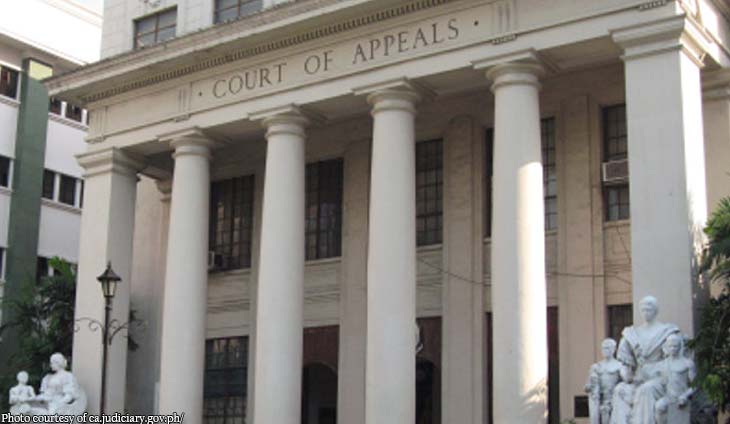 The Court of Appeals (CA) has upheld the dismissal of former Department of Social Welfare and Development (DSWD) undersecretary Mario Montaño and assistant bureau director Pacita Sarino from public service over the alleged misuse of P10 million in pork barrel funds in 2009.

In a recent 2-page resolution, the CA Former Special 5th Division denied Montaño and Sarino’s appeal on its May 31, 2018 decision to affirm the Ombudsman’s June 19, 2017 administrative ruling.

The court rejected their claim that the enforcement of Commission on Audit (COA) Circular Number 2007-001—which imposed numerous requirements before non-government organizations (NGOs) could avail of public funds—was suspended at the time.

The officials presented documents regarding seminars and meetings seeking clarification of the rules, but the court pointed out that these “do not in any way prove that its application was suspended, much less that government employees were advised to ignore it for the time being.”

The CA also dismissed their claim of having “rigorously” evaluated the release of funds to Kalookan Assistance Council, Inc. (KACI). If that were the case, the court pointed out that the funds should not have been released on the basis of fictitious lists of beneficiaries and fabricated liquidation reports.