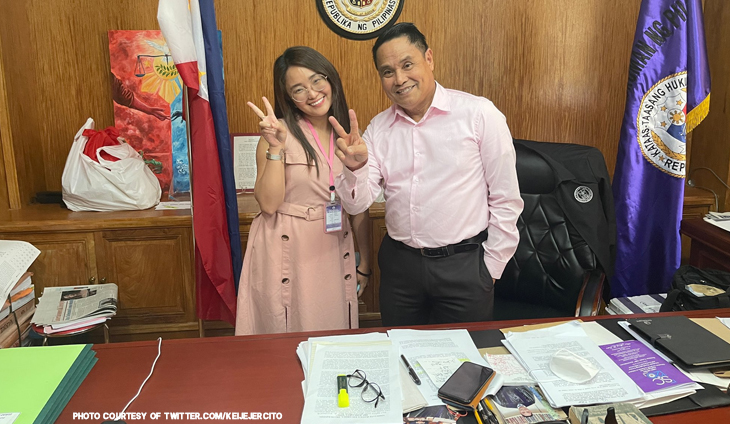 The abogado noted that he still remains to be one of the most down to earth person.

You may be one of the “Gods of Padre Faura”, but you’re the most down-to-earth person I know. We are truly blessed to have you as our Boss!

Despite his known humility, Ejercito dubbed him one of the “gods of Padre Faura.” The abogado thanked him and stated that they are blessed to have him as their boss.

Live up to the name, Justice!