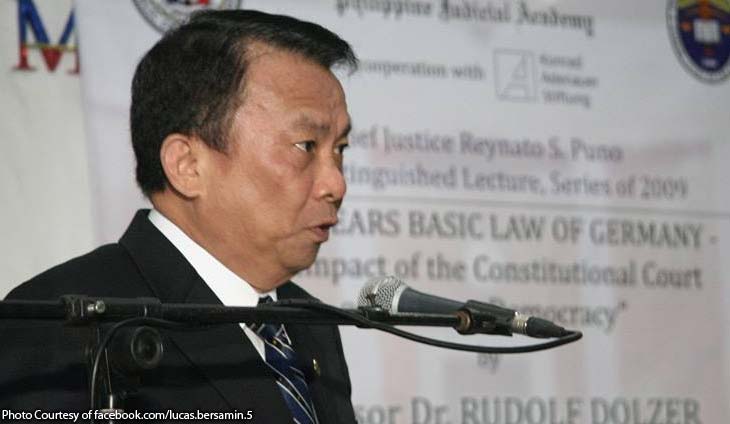 Bersamin: Anyone not satisfied on DOJ’s position regarding GCTA may run to SC

Chief Justice Lucas Bersamin on Tuesday said that anyone not convinced on the Justice Department’s position regarding the coverage and application of the good conduct time allowance rule may file a case before the Supreme Court.

“But if anyone is not satisfied, then they can come to us again. ‘Yan po ang proseso,” Bersamin said in a chance interview.

The SC ruled on the application of Republic Act No. 10592, the law on GCTA, but it did not touched the laws provisions.

“Now whether that will apply to convicts of heinous crimes, it’s not something that we can cover in that decision yet. It’s up to the Secretary of Justice to tell us kung ano ‘yung kanyang sinasakop,” Bersamin said.

The GCTA ruled recently hogged the headlines after it was reported that ex-Calauan mayor Antonio Sanchez maybe out from prison soon.