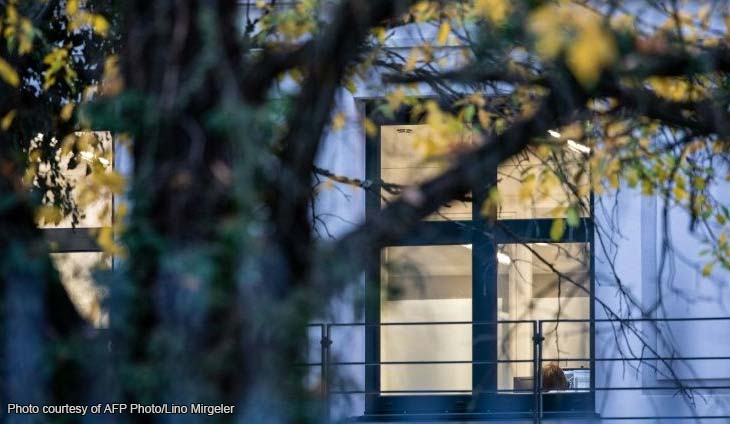 Martin S. 41, and Nicholas D. 38, have been charged on 33 counts of tax evasion and one count of attempted tax evasion, and stand accused of having deprived the state of around 440 million euros ($482.5 million) worth of tax revenues since 2006.

The two men, former employees of UniCredit subsidiary HypoVereinsBank, will be both defendants and key witnesses at the trial in Bonn, as they look to avoid or reduce a potential prison sentence of up to ten years by cooperating with the authorities.

Their testimonies in court are expected to shed more light on the complex workings of the so-called “cum-ex” tax fraud schemes, in which investors reclaimed tax which had never been paid.

– Billions of euros –
First exposed in 2017, the scam involved numerous cooperating participants quickly exchanging stock in companies amongst themselves around dividend day, in order to claim multiple tax rebates on a single payout.

In Germany, a change to the tax law in 2012 closed the legal loophole exploited by the practice, though the German finance ministry insists that it was effectively already illegal.

The trial in Bonn is just the tip of the iceberg, as prosecutors in Frankfurt, Cologne and Munich continue to investigate similar cases in the far-reaching scandal.

According to the Frankfurter Allgemeine Zeitung (FAZ) newspaper, around 100 people have now been indicted, including bankers, stock traders, lawyers and financial consultants.

Among them is German lawyer Hanno Berger, who has been identified as the mastermind behind the fraudulent scheme and has been awaiting trial since May 2018.

– Big-name banks –
The Bonn trial, which is expected to run until January with 32 sitting days, will also involve one banking group and four capital management companies.

It is expected to further scrutinise the level of complicity among the financial actors caught up in the ‘cum-ex’ network, such as the depositary banks responsible for claiming tax rebates on behalf of their clients.

A number of major international banks, including Santander and Australian group Macquarie, have been caught up in the German prosecutors’ investigations thus far.

There have also been raids on Deutsche Bank and the German offices of mammoth asset manager BlackRock.

HypoVereinsBank itself has agreed to repay 113 million euros to German tax authorities and pay a fine of 5 million euros.

The French bank is appealing the sentence in civil proceedings expected to open in October.