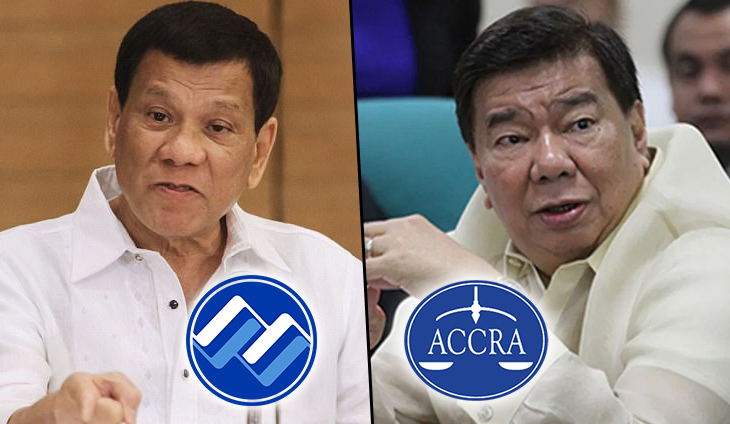 President Rodrigo Duterte thinks Senator Frank Drilon is reacting too much in defense of the water concessionaires under threat of losing their 1997 Metropolitan Waterworks and Sewerage System (MWSS) contracts.

In his State of the Nation Address, Duterte reiterated his suspicion that Drilon had a hand in drafting the MWSS contract drafted by ACCRALaw’s Eusebio Tan during the Ramos administration. Drilon, a managing partner of ACCRA or Angara, Concepcion, Cruz, Regala, and Abello Law Offices. served as Justice Secretary from 1992 to 1995 before he became Senator.

“I would like to ask Drilon, were you a part of ACCRA when this contract of Ayala water (Manila Water) was being drafted?” asked Duterte.

“Why are you fulminating? Bakit kasi ikaw lang ang galit? Ikaw lang mag-isa. And I suspect that you were also the one — or helped when you were there in the ACCRA,” Duterte added.