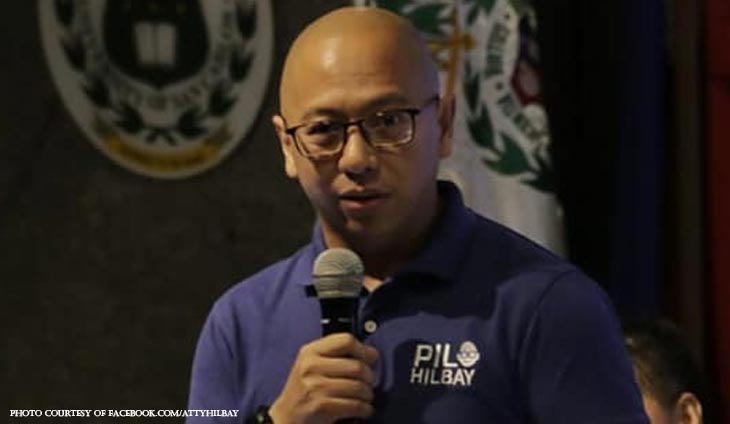 Baka may magkalat! Hilbay reveals reason why Carpio was almost left out of The Hague delegation in 2013

Retired Supreme Court Senior Associate Justice Antonio Carpio had complained in his July 1 Inquirer column how some of the members of former President Noynoy Aquino’s legal experts nearly left him out of the delegation that challenged China’s sweeping claims in the West Philippine Sea before The Hague.

Carpio eventually managed to join the team but was given an “observer” label, allowing him to take part in the historic arbitral victory. Apparently, if then Solicitor General Florin Hilbay was solely to be followed as “agent” of the entire case, he would have left Carpio in Manila.

“The truth is, save for Sec. Albert (Del Rosario) and myself, almost no one among the proposed attendees wanted to attend the hearings if J. Carpio and J. Jardeleza were present, given the history between these gentlemen,” Hilbay said in his Twitter statement.

“I was told people were worried of a public altercation between the two old men.”

What convinced Hilbay was the American abogado and external counsel Paul Reichler, who said a “sizeable” contigent of VIPs would show the tribunal how serious the Philippines is about the case.

Hilbay said he sought the help of Executive Secretary Paquito Ochoa and Justice Ben Caguioa to settle the matter and talk to Carpio and Jardeleza separately.

When they got to The Netherlands, Carpio and Jardeleza were “socially distanced from each other the entire time,” he said –– even though COVID-19 was not yet a thing then.