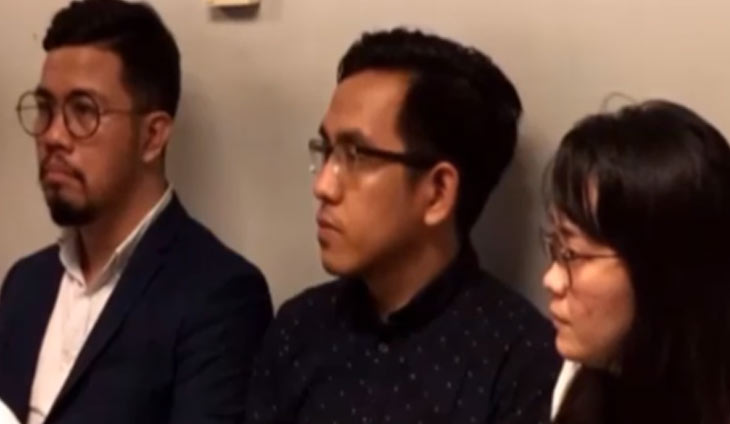 The Ateneo Human Rights Center slammed the Makati City Place for going out of line in arresting and charging three lawyers who were only doing their job of representing the drug-tainted Time Bar owned by Rico Blanco of Rivermaya.

In a statement, Ateneo said this “form of harassment and terrorism” has no place in a democratic society.

It said that if lawyers could be manhandled to this kind of behaviour, “more so the general public at higher risk of human rights violations.”

The three abogados were released only after they spent time in jail without any warrants for “obstruction of justice” and “constructive possession of drugs.”

“The police’s actions have no other purpose but to harass and terrorize lawyers from performing their sworn duty of serving their client. These actuations serves as a chilling effect to dissuade lawyers from doing their duties and responsibilities as officers of the court in ensuring that the police operations, in this case the implementation of a search warrtn, are all carried out strictly in accordance with the law.