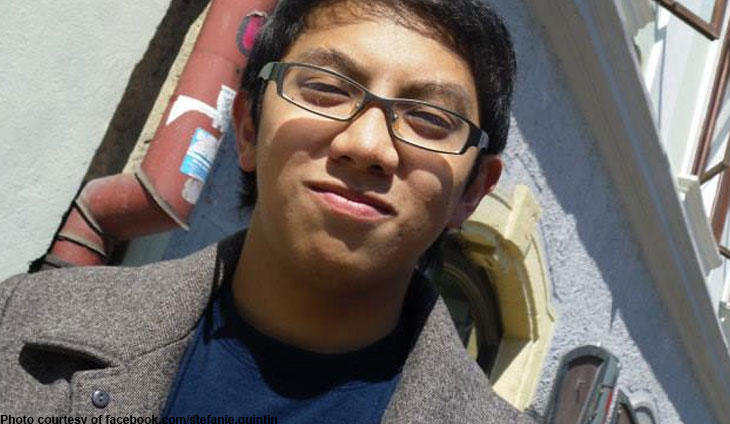 BAGUIO CITY – He wanted to be a priest but pursued a course in Math. Now, he is a lawyer after placing eighth in the Philippine Bar exams for 2019.

Anton Luis Avila, 29, loved music too and they own a music store, Musar, which is run by his mother, Bernadette Arevalo-Avila, the younger sister of retired Maj. Gen. Robert Arevalo.

But before he went to Ateneo de Manila University to take up Applied Science in Math, he wanted to be a ‘man of the cloth’, said his father Edgar Avila, a veteran criminal lawyer, who is also a former youth representative and Baguio City councilor.

The young Avila was with the Ateneo Glee Club, then went on to take up
music at the University of the Philippines-Conservatory of Music for
two years. Then it was two years at Thomson Reuters in London, United Kingdom.

When he went back to Baguio, Anton taught math at the Saint Louis University (SLU) for the undergraduate classes.

Then he took up law in 2015 when he realized that law is for him.

“I saw how a lawyer can help in problems no one else can solve,” he recalled.

“I saw that from my dad and that was when the dream began,” added the younger Avila who was a consistent Dean’s Lister at the SLU’s School of Law.

Anton admits that his father was an inspiration for him to take up law.

His father used to be a dean at the SLU Law School. He wanted to become a lawyer, passed school with flying honors then took the Bar exams, hoping that he makes it.

He never dreamt of landing among the top 10.

“I know that there are at least 2,103 examinees, probably even more, who deserve this spot than me. It’s a big enough blessing to even pass the bar, much more to top it,” said the young Avila.

“I stand on the shoulders of giants. I wouldn’t have passed the bar without the help of my family, my friends, and my professors from law school. This victory is as much theirs as it is mine. I offer this victory to those who helped me pass the bar,” he added.

It was the first time in more than 30 years that an SLU graduate made it to the top, lawyer Lilybeth Sindayen-Libiran said.

The closest, a graduate could get was 15th place in 2017, added Libiran, who is a partner at the Avila Law Office.

“We are the proudest parents in town although this time, he got a higher grade than me in the bar,” the elder Avila said.

Anton said that he will practice law in the city, “so that I can contribute here.” (PNA)